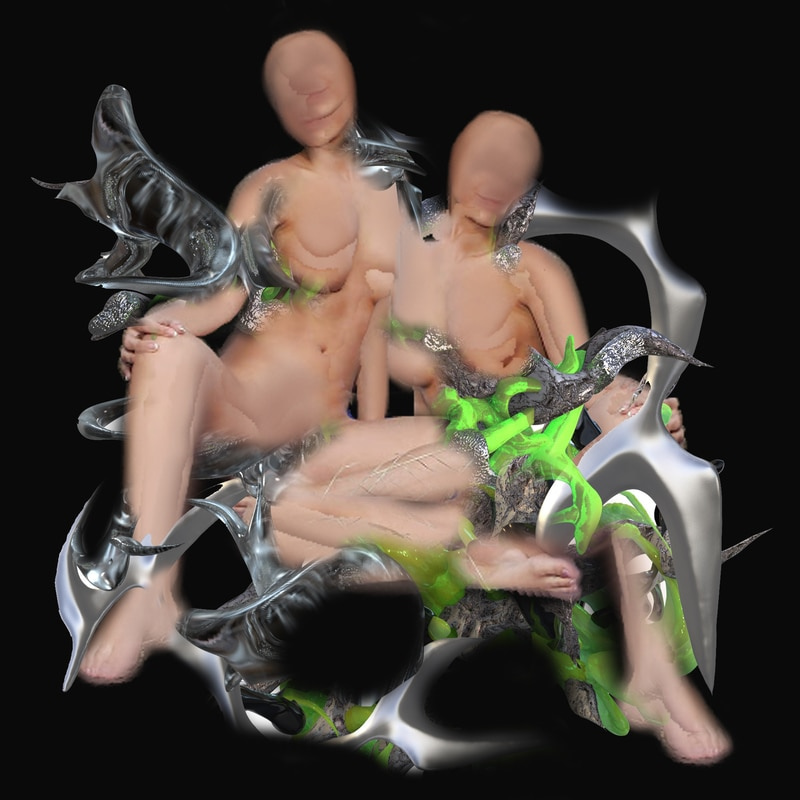 The producer, singer, composer, and multimedia artist Anna Morskaya aka DIGITONICA (she/her), stemming from Samara and now based in Saint-Petersburg, experiments with vocal digital manipulation, post-club music, and conceptual sound deconstruction which she materializes in the form of songs – both in Russian and in English – where a lot of alien voice processing takes place.

Over the last years, after exploring a wide variety of genres, her work crystallized around a bright, tense, and articulated take on post-Internet music which combines future pop, deconstructed club, hybrid, meta punk, and Disney terror with a variety of vocal techniques ranging from divine academic singing down to scary recitatives and pop melodies. Her works appeared, among the others, on platforms such as A Flooded Need, Mutants Mixtape, Hyperlink, Nimas Izbire, Exiles, Infinito Audio, and many more, and brings her to the forefront of the contemporary experimental underground scene.

Today, we’re happy to host on our platform a guest mix by DIGITONICA herself, whose contribution collects a handful of her tracks together with other abstract compositions by cutting-edge artists such as trngs, IVVVS, and more. You can stream GUESTMIX#90 on SoundCloud via the player down here below, push the button!