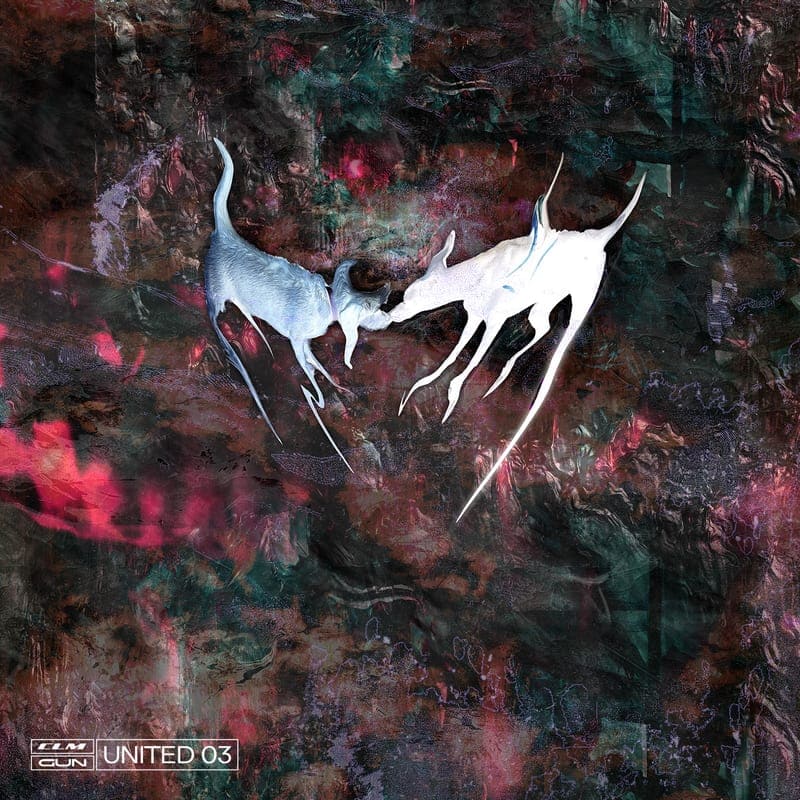 Club Late Music is an open-source and collaborative music label born between Paris and London in the mid-2010s. Since then, the platform brought forward a large community of artists called Global URL Nation working on the basis of shared knowledge and creativity to craft experimental club music and multimedia works.

Specifically, GUN resorts to multiple media and formats from contemporary digital culture and music to experiment with decentralization in the form of v/a compilations, art exhibits, audiovisual projects, and collaborative efforts. To this last category belongs the GUN UNITED series, where a given member (or members) of the community manages to join forces with artists of their choice. The latest installment, the third, is now coming in form of a digital EP almost exactly one year after the previous episode courtesy of the Italian sound artist P I T.

Called Senti/Mental Illness, the record is curated by the producer and DJ Mattia Cremonini aka HeedLess, who authors a very rich blend of bass music (UK grime mostly), industrial, dark ambient, and heavy rhythmic components already appeared on labels such as Wile Out, katharsis, Classical Trax, and many more. The 4-track release, out next Wednesday, March 9th, comes with cover and visual works by chaggrin and mastering by Lorenzo Targhetta. Other than the opening solo track, the work also gathers collaborations with the Slovakian DJ GÄP, the Australian DJ / producer Lithe, and the musician POL100 born and based in Ferrara, Italy.

The collaborative record reflects around relationship breakups and the hardcore feelings associated with them – also reflected in the tracks’ titles – such as despair, profound nostalgia, and the burning sense of courage and hope that may come with new bonds being born from the ashes. The heartfelt work brings the contribution of the aforementioned artists, each carrying their load of past experiences, artistic inspiration, and creative energy materialized in compositions of hyper-melodic textures, distorted vocals, and tight progressions.

Today, we’re glad to be premiering the remarkable closing piece of the EP, titled BROKEUP, and produced by HeedLess and POL100. The exactly 5-minutes-long track is a dramatic charge of snappy breakbeats, eerie and distorted melodies, and distant, unintelligible voices figuratively emerging from the recesses of one’s memory to bring forward unease and pain. It’s up to the listener whether to welcome and overcome them towards closure and acceptance, or rather drown in the sorrow and descend on dark paths. Both choices are equally viable.