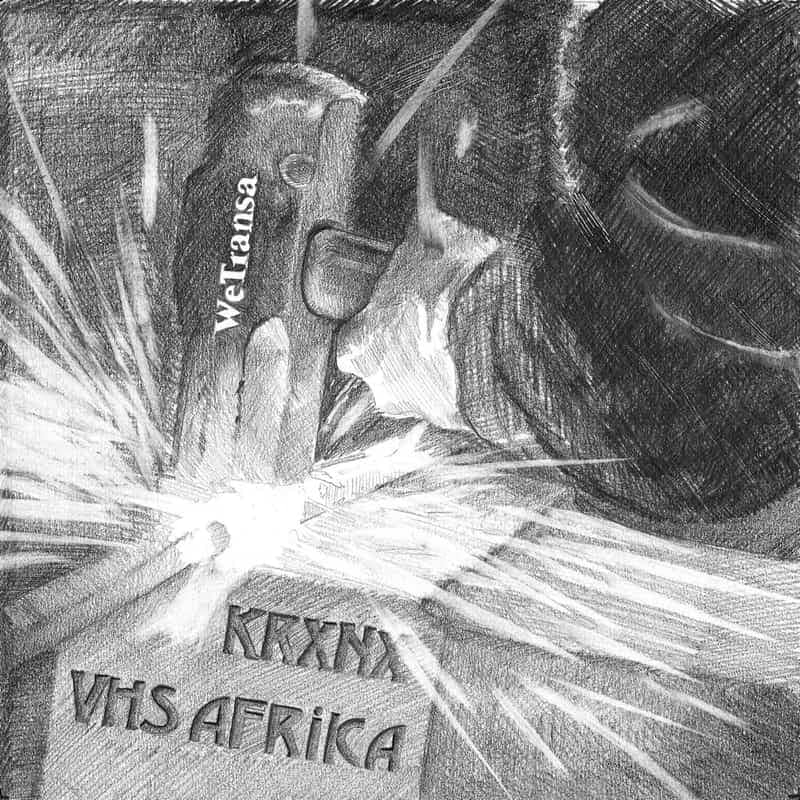 Based in Santiago, Chile, the label WeTransa, run by Syntrovert and Martin.PDF, appeared a little more than a year ago with their debut release called Primera Transa, produced by the founders themselves. The characteristic format of the label consists of EP outings made of three tracks composed by two different artists, seeking to establish a virtual and possibly physical connection between different projects and scenes that gravitate in the realm of club-oriented music. WeTransa, publishing digital albums in the pay-what-you-want download form, especially focuses on emerging producers searching for further opportunities to be known and have their message heard.

The second entry in the Chilean outcome, accordingly called Segunda Transa, sees the Chilean-raised, Berlin-based producer Sebastian Saavedra-Reib aka VHS Afrika join efforts with the Argentinian Rodrigo Nicolás Núñez aka KRXNX from San Miguel de Tucumán. The former, influenced by the sounds of his childhood spent in Zanzibar, started dabbling in electronic music at early ages – first meddling with a battery-powered keyboard with local rhythmic presets – to then move on to acid techno and other fringes of electronic music, up to the release of their genre-bending debut EP ººNaavigation Systaamºº which saw the light in June 2020.

The latter is instead a multidisciplinary artist and self-taught musician who started sharing his music outings on the Internet, set on forcing the restrictive boundaries of compartmentalized music genres in the Argentinan mainstream music community. Their first release called Testimonios Desde el Abismo appeared on the CDMX imprint DNTFCK in May 2020, well-received in the contemporary URL circles due to its futuristic, stunningly intimate, and emotionally variegated take on contemporary, post-club music.

Today, we’re very happy to be premiering the third piece of the record: Eudaimonia is a heart-shattering track that starts off with a poignant melody followed up by anguished singing, culminating in the rattling, metallic explosions of the percussive elements that go to define the melancholic yet firm grandeur of the finale. Segunda Transa, mastered by Sky Parnes, will be out on Bandcamp on March 12th: don’t miss it!

Follow WeTransa on SoundCloud and Bandcamp. Also, check out VHS Afrika and KRXNX‘s other releases.