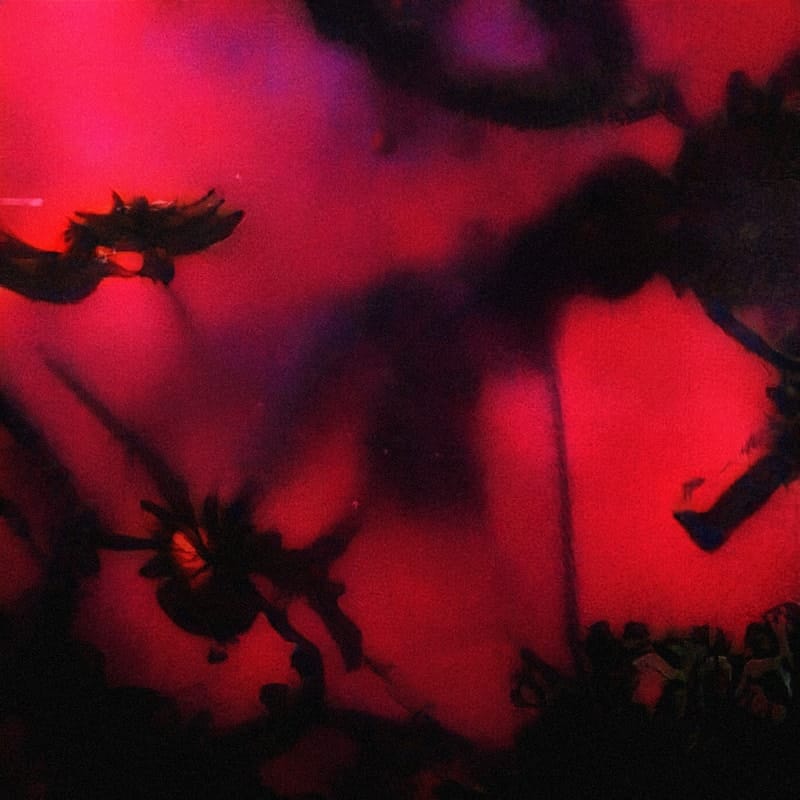 Diagnostic and Æthereal Arthropod are two of the main players in the contemporary industrial, experimental, and noise scene in Europe, the former being one of the projects of the Belgian sound/graphic designer Jan Robbe (UndaCova, Atomhead, Erratic), and the latter being the moniker of the Spanish musician Nestor Peixoto Aballe, who responsible is for some of the harshest outings in the post-club community such as the releases on Genot Centre, Quantum Natives, and many more.

Their artistic relationship dates back to at least 2016 when Nestor’s Hydra’s Amaranthine Invigoration two-tracker saw the light on Entity Records, an mp3/ogg netlabel co-founded by Robbe together with Nico De Gols that was born on the ashes of the previous incarnation Tinnitus (reportedly dead in 2003 because of a server problem). Three years later, in May 2019, the two musicians spent a few days together at Robbe’s place in Deinze, Belgium that ended up in several minutes of collaborative material which has since then been shaped up in their first record together, called RELIC and out on Friday, May 7th (#BANDCAMPFRIDAY!) on the artists’ Bandcamp pages.

Starting back in the mid-’90s, Jan Robbe experimented with several media and styles, from tracker hardcore at the beginning which rapidly evolved into complex, fragmented, yet heavy-hitting rhythmical compositions, all the way to electro-acoustic and atonal music experiments. As already presented on our pages a few years ago, the Diagnostic project represents the latest step in the artist’s research into software and hardware music, now dwelling with a sci-fi, post-cyberpunk imagery updated to the current media-saturated, neurotic reality.

Æthereal Arthropod, on the other hand, other than releasing Pantheon Fossil and Thee Lost Exhibits collecting different contributions to various artists comps over the years, and appearing on our debut compilation WE NEVER WILL out last summer with the mammoth track ‘Breath and Communicate‘, recently launched a brand new project called Diaphonized Animals that focuses on the even more rotting and dark aspects of the music. Drawing further inspiration from the crudest aspects of nature such as “advanced putrefaction” and the “blossoming of carcasses“, D.A. marked the incorporation into the studio works of vocals that had previously only showcased in live shows. In this regard, the peculiarity of RELIC is that it’s actually the first occasion on which Nestor’s processed voice will appear on an Æthereal Arthropod outlet. Considering that the record has been in the works since 2019, it’s interesting to see how the week spent together by the two artists ended up being a pivotal moment in their recent musical production.

Mastered by GianMaria Dell’Aera at Dadub Studio, RELIC collects the results of multiple sessions of modular improvs and vocal fx recording that have been manipulated over the course of the next two years in the shape of a chimeric, alien flow of sound, all wrapped up into 5 track with ominous titles such as Eternal Return of the Derelict Species, The Detrimental Axis of Brutalism, etc. The record lives out of the overlap between Robbe’s of radical, harsh industrial music and Nestor’s beastly, grinding vocal tracks. As reported by the authors themselves, the work has been shaped around the envisioning of a long-lost, advanced extraterrestrial civilization destroyed by the magnitude of an extinction-level event, and the effects of said terror on the inner functioning of the few survivors’ psyches.

Diagnostic and Æthereal Arthropod indulge in the evocation of obscure back-to-primitiveness rituals by means of guttural vocals, and oscillating infra-bass tides while simultaneously infiltrating into the mangy remainings of the inhabitants’ sense of being via piercing, blade-sharp noise bursts. Today, we’re glad to present you a 5-minutes excerpt out of the EP, namely the third piece called PSXLM (Psalms to the Forgotten), which represents the no-return point inside the alien ceremony that will take you to decaying landscapes of distorted fear. Push the button!