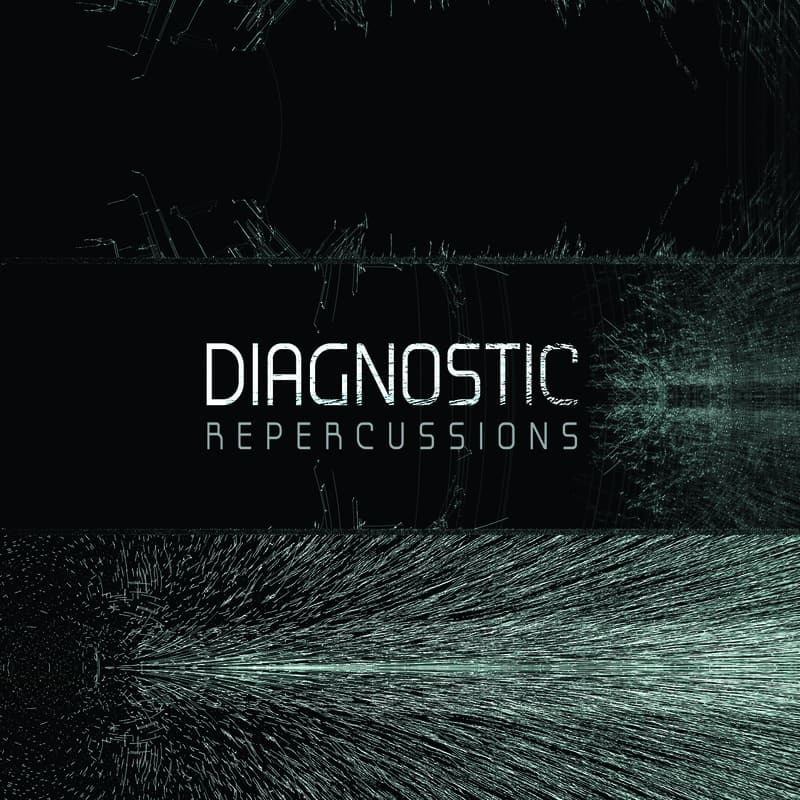 Jezgro is an independent electronic record label we already had the chance to talk about last year when the Torus EP by Japanese legend Merzbow was released on the Serbian outcome, started and run by Ontal / Impulse Controls’ Darko Kolar. Next Tuesday, December the 4th a CD album series called JCDAL will start on Jezgro with Jan Robbe’s brand new moniker, Diagnostic. The talented Belgian sound/graphic designer you might be familiar with if you ever heard the UndaCova and Atomhead hardcore projects (the latter also featured on the stunning flashcore Hangar Liquides label run by La Peste) or possibly the malevolent Erratic‘s abstractions appeared on Entity Records (co-founded by Jan himself) and Mystery Sea, is about to present his last effort which caught him up in the process for the last three years. The result, namely the ‘Repercussion’ CD, is a drastic record presenting about 97 minutes of harsh, distorted sounds and metallic percussions split over 19 (!) tracks. We’re so glad to exclusively share with you the longest piece of the lotto, called Conflict Zone. Push the button!

Jan Robbe started producing music on trackers in the mid 90s, developing his skills and passion together with the production software available. The process led him to courageously experiment with complex rhythms and deranged hardcore violence, first with the UndaCova project born in ’96 (be sure to check out the Metamood Katalyst vinyl dated 2002), and then also with Atomhead. Differing altogether from his overall previous work, including also the electro-acoustic, obscure experiments conducted via the Erratic moniker, the Diagnostic project accounts for the last years of work in which the artist confronted the tricky challenge of updating methods, style, and intensity to the current media-saturated music world.

This time, the drive did not come from the rapid explosion and the following industrial hardcore / flashcore contamination breakcore underwent in Belgium which specifically brought by Atomhead. Instead, the producer’s attention with Diagnostic shifted towards sci-fi, post-cyberpunk imagery, and heavy noisy sounds as the ones heard in the premiering track. ‘Repercussions’ in its entirety explores the raw explosiveness of glitched industrial sound design, as well as pushing the listener into a schizophrenic, neurotic space travel. To put it into Jezgro’s words: this piece of art can’t leave anyone indifferent! You can get your own copy starting Tuesday the 4th via Jegro’s portals. Enjoy!