Ani Klang is a producer and DJ raised in California, US, honed in New York (where she graduated from the Clive Davis Institute of Recorded Music), and until recently based in Berlin, who blasted the contemporary underground club scene with her tense and bursting compositions of experimental, hybrid electronic music. Packing her tracks with explosions of structured rhythmic outbursts as well as sudden, chaotic ruptures, Ani Klang already appeared with remarkable works on prominent labels such as Infinite Machine, Knightwerk, Tremors TV, SOFT, and on Hyperboloid records with the stunner Burn the Empire EP, previously presented at CTM Festival’s 20th anniversary at Berghain in 2019. 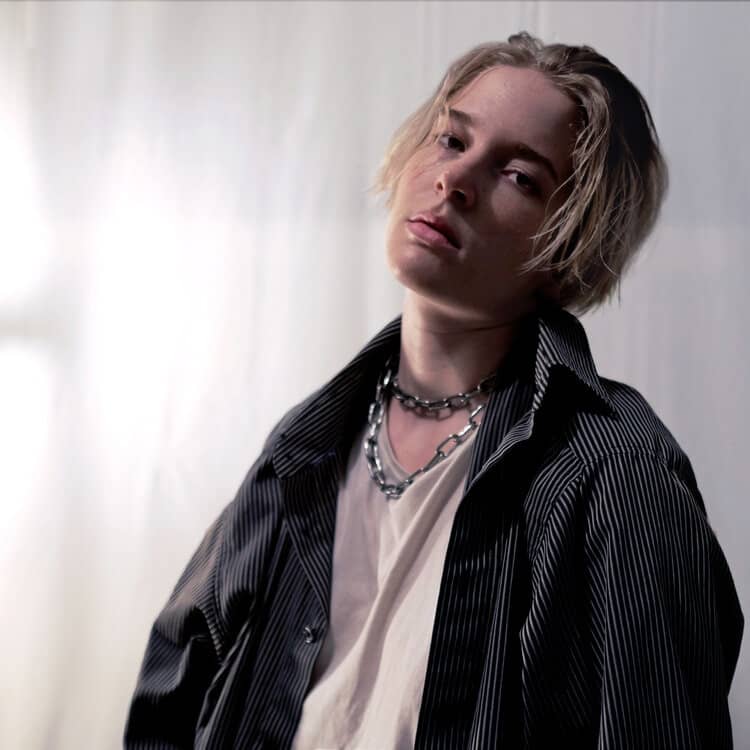 Keen to showcasing elaborate sound design paired with massive kickdrums and stomping progressions, Ani fiercely manufactures tracks that are meant to ignite the crowd on the dancefloor but also convey messages. For example, her latest Burn the Empire EP is reportedly an empathic and “powerful statement piece seeking to disprove the pervasive belief that womxn and queer people are primarily working and creating music to “empower others”‘. The reference here is against the average reaction by the male-dominated press which tends to label womxn-made art indiscriminately as an “outspoken feminist act”, hence implying that all non-white-cis-male works should pertain to political ideas of emancipation if they are to be considered ‘worthy’ and meaningful, and therefore imposing once again their discriminatory/colonial view onto others.

Today, we’re very glad to be hosting a mix by Ani Klang on our channels, available from the SoundCloud player at the top, intended to keep on with our tradition of XMAS special episodes to help you cope with the festivities – especially on this very difficult year. Taking around 40 minutes, Ani’s selection is another testament to her amazing crossover of genres, from industrial techno to footwork, electro, bounce, down to a few xmas-themed gems that tap into Ani’s open-mindedness and sense of irony she’s been carrying since her first productions, well accompanied by the urge of set the dancefloor on fire with the hardest club anthems. Also, be sure to check out Ani’s brand new merch designed by cover artist Symbois.wiki.