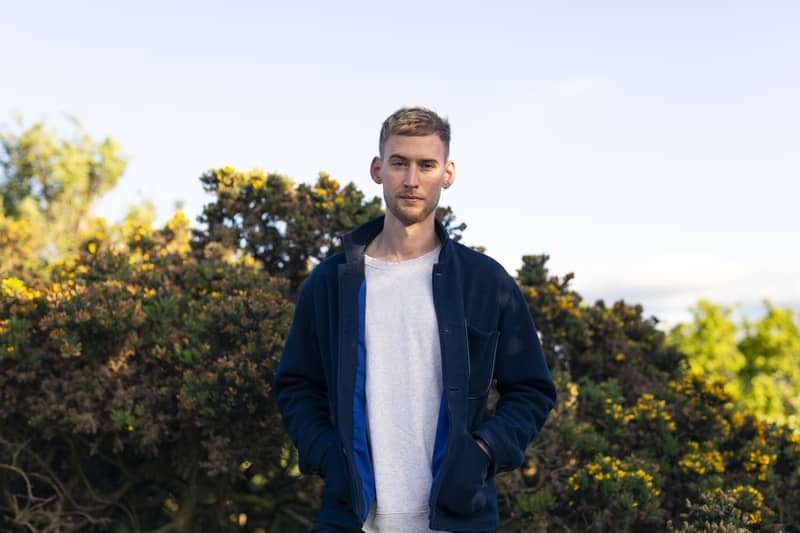 Edinburgh-based composer and sound designer Joshua Sabin is an experimental artist which has been working since the mid-2010 with extensive sample and field recordings manipulation. He released his debut record, called Terminus Drift, for the now Berlin-based label Subtext Recordings in February 2017. The outcome, founded in Bristol and curated by the Washington DC, USA born musician James Ginzburg of the seminal Emptyset duo and the Multiverse Music publisher, has been releasing cutting-edge electronic music starting in 2004 with two singles by the legendary dubstep / industrial act Vex’d, composed of Jamie Teasdale and Roly Porter who will, later on, continue his prolific relationship with Ginzburg via multiple outings on Subtext itself. So far, the label added to his roster stunning names such as Paul Jebasanam, FIS, Eric Holm, Cevdet Erek, and many others such as to the Scottish Sabin himself.

Sutarti is the latest Joshua Sabin’s work which will be officially made available tomorrow, July the 5th in vinyl and digital formats. While his debut album explored humans’ relationship with the environment, space, and ubiquitous digital technologies, Sutarti draws influence from the psychoacoustic features and the compositional structures existing within early Lithuanian folk music. In this record, Sabin taps into the exterminated field recordings archive of the Lithuanian Academy of Music and Theatre Ethnomusicology massively editing, distorting, pitching, filtering, and manipulating them to better exploit the emotional impact of the human voice on the listener’s conscious (and unconscious) self.

As reported in the press release, Sabin felt a particular resonance with the song form of the Sutartinė, whose name originates from the Lithuanian verb ‘Sutarti’ – hence the record’s title –  which could be roughly translated as “to be in agreement”, “to attune”. In particular, Sutartinės represent the main Lithuanian form of Schwebungsdiaphonie, an ethnomusicology specific term which indicates the sharpest dissonant phenomena summoned by a set of voices that purposefully clash with each other. The composer, also relying on the psychoacoustic research carried on over the year by Rytis Ambrazevičius, elaborated over Sutartinė’s prominent role in Lithuanian traditional music culture both from a conceptual point of view as well as from a purely material one, evoking the forcefulness of the extremely precise dissonating voices ( ↓ browse until the end of the article to hear an example ↓ ) via elaborated sampling and editing.

We are very happy to present you the third episode in the overall 40-minutes-long Sutarti record, split into six separate movements. Sutarti: III takes on with more than 6 minutes of archival voices radical recontextualizations, which, at the same time, manifest from Joshua Sabin’s very personal, interesting and inspiring artistic research, and also try to directly reflect and recontextualize the universal, ancestral potency of the Voice as humans’ primary means to express themselves. Push the button of the Soundcloud player above to stream the mesmerizing track while reading a quote about it, courtesy of Joshua himself. Don’t miss the official Sutarti release happening tomorrow (see this link).

‘Sutarti III’ is probably the most explicit presentation of the archival vocal recordings I was using as source material on this record. It was a lot of work to extract and clean up the individual voices you can hear on this track, but really, it was a privilege to use them as instruments in the expression of my own compositional ideas. For me, just the temporal and contextual displacement these voices have gone through to feature in this work is quite powerful and moving.