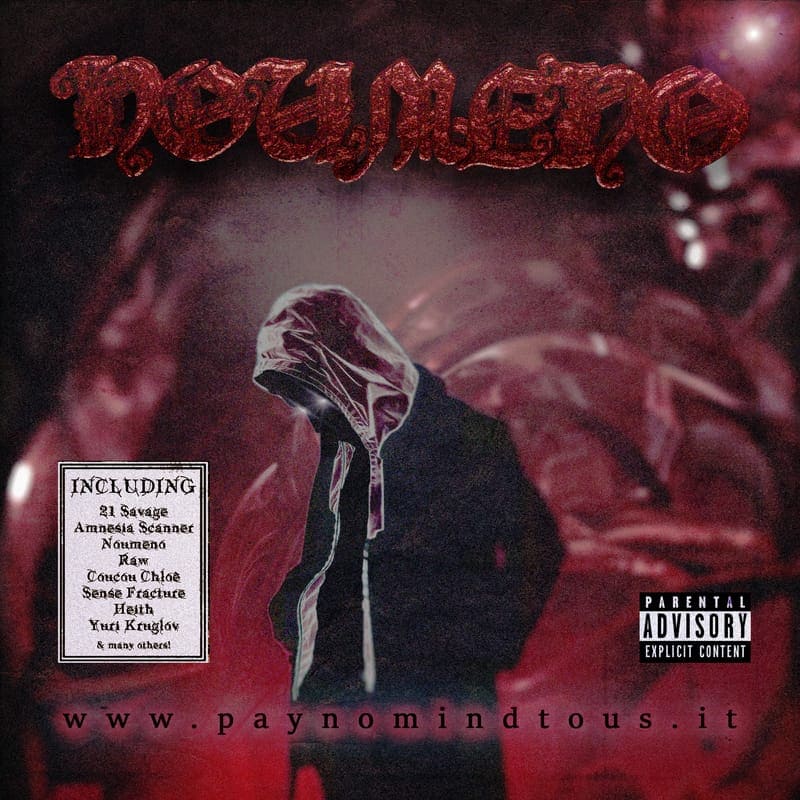 Noumeno a.k.a. Stefano K. Testa is a media artist and sound synthesist based in Milan, Italy, focusing on digitally-defined, hyperfaceted soundscapes that draw inspiration from a plethora of different styles and genres he beautifully manages to collapse into single ultra-dense, mind-blowing tracks. His art and music offer morbid perspectives in the contemporary media scenario, focusing on its reshaping of social interactions and of the body. After his debut on Haunter Records in 2016, called The Phantom, recorded through the course of several months in Berling and Milan, and featuring a WSR rework, he released Exosomatic Artifacts on Portal Editions, a Berlin-based collective he’s been collaborating with for many years now.

We’re so happy to share with you today our latest entry on the GUESTMIX series, reaching its 28th episode: a very special, as-fucked-up-as-it-gets mixtape recorded by Noumeno himself reworking a huge amount of trap tunes, along with several Haunter Records fam unreleased, coupled with tracks expressing its own peculiar Cronenberg-esque, transmogrifying approach to music and sound processing. Our third Holiday Special is right here (#1 and #2, if you missed them), coming with a $$ick artwork done by Stefano himself. Enjoy!