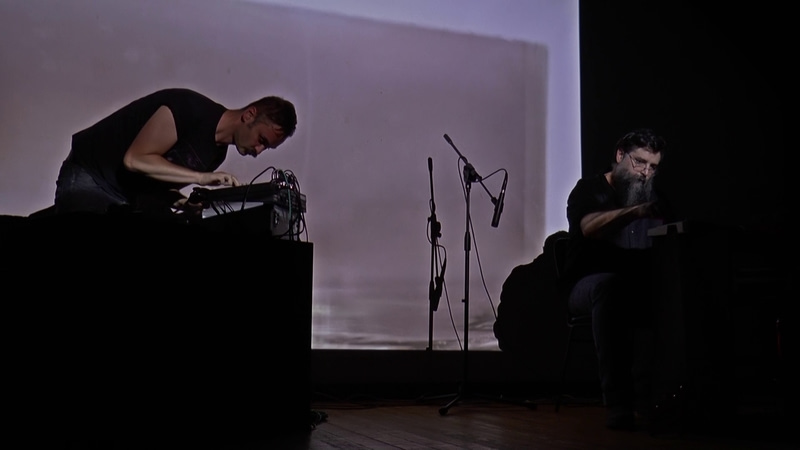 Claudio Rocchetti is one of the most active European Avant musicians of the last half-decade. Apart from his main solo project he is also part of 3/4HadBeenEliminated with Valerio Tricoli and Stefano Pilia, half the duo Olyvetty with visual artist Riccardo Benassi and he plays in the In Zaire power quartet. He also played in projects with Jooklo Duo (as Hypnoflash), double bassist Klaus Janek and with Mattin, Bowindo, Fabio Orsi and MB among others. The most recent works include collaborations with Atelier Impopulaire and video artist Davide Luciani. His work is mainly focused around concrete pastiches as the result of hardware live manipulation, turntable feedbacks, and various recorded sources and objects.

Two years after the release of the critically acclaimed, Pondfire, Paul Beauchamp returns with his second solo album, Grey Mornings. Once again tapping into geographical influence for inspiration, the nine tracks of ambient drones reflect the feelings and emotions experienced during the early hours of grey, foggy mornings in both the Piedmont region of Beauchamp’s birthplace in North Carolina and the Piemonte region of Northern Italy where he now resides. Beauchamp continues his research into experimental ambient but at the same time has deviated into new territory moving away from the minimalism of Pondfire through the use of various acoustic and electric instruments, field recordings and incorporating the studio as a creative device in and of itself together with the engineering aid of Julia Kent during the recording process. Grey Mornings will be released in the Spring of 2017 on Boring Machines, the same label which released Pondfire. [via]