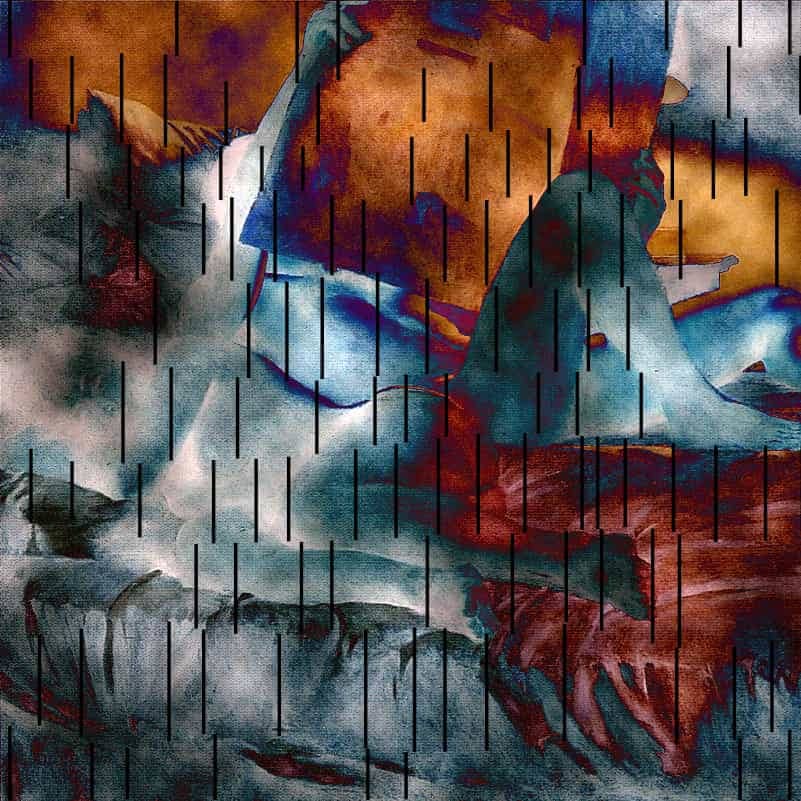 FossaDelRumore is an ambient / drone, noise project born in 2012 out of the mind of Pietro Michi, a 24 y.o. producer from Florence, Italy. We already had the chance to discuss his Isolato work (Sept. 2016) at this link, while today we’re glad to share with you his mixed selection starring as the 23rd episode of our GUESTMIX series, resumed after the summer vacation. GUESTMIX#23 is a smooth track progression developed around the musician’s taste for genres such as dream pop, noir, night jazz, put together with drone and dub pieces and resulting in a fascinating, hypnotizing, 45-minutes-long music artifact that has been realized using separated vinyl, CD and cassette players. Find the embedded mixcloud player at the very end of the article, after a short presentation collecting few words by Pietro himself. Enjoy!

A couple of years ago, Pietro Michi chose FossaDelRumore as his moniker (Italian for ‘Well of Noise’) and stick with it filtering the music with a DIY / punk approach, his production often colored of dark, deep hues. The youngster resort to both commercial and self-made hardware such as synths, samplers, pedal filters. Since we last wrote about him, FossaDelRumore has been pretty busy releasing material on his own outcome, and other labels too. Improvvisazioni, a collection of joint improvisation together with fellow Marco Squillace, and Inquinamento Acustico, the release of FossaDelRumore very first outing dating back to 2011, add up to the two cassettes published by the Brooklin-based Endless Landscapes Of Decay and the Spanish Craneal Fracture Records. The tapes are called Grandezze Della Natura, whose track #3 also features Claudio Frassine aka Mademoiselle Bistouri, one of the Italian finest noisemakers nowadays, and Dreaming About A P… / Dream About Escape, respectively, the latter a split tape recorded together with experimental musician Mindvoid.

The last-mentioned record’s title directly projects us inside GUESTMIX#23 concept, which is related – as well as the split tape – to the oniric realm, summoned by dreamy-vibed tunes such as Burial’s latest Beachfires and – astonishingly enough – Bolero’s Ravel. The sublime mixtape’s ending itself takes straight from David Lynch’s Twin Peaks: The Return Episode 2, wrapping up an entire dream experience spanning a few minutes less than 3/4 of an hour. As well as Lynch has always mastered to collapse relaxed moments, weird humor and nightmarish exploits, FossaDelRumore resorts to several different genres of music to describe a particular moment of the dream sequence, from harsh noise to abstract electronics (Outermost – Stress), from deep, dark half tempo dnb (Pessimist – Orphic) up to some latin music (Johnny Ventura Y Su Combo – Mamacita Donde Esta Santa Claus), and it does that reaching up to multilayered, massive amounts of dream-fog where, at times, even three different tracks are being played together. All of this, as said, happening before Chromatics’ shining violence closure.

Pietro Michi is about to release the next multi-part project called Allegro that is going to be – as Isolato was – a remix compilation of a simple drone loop, available for free download, to be released in both physical and digital copy on FossaDelRumore Rec. If you wanna participate in the project and submit your own remix, no matter the genre or style you can label your music with, reach out to [email protected]. Enjoy GUESTMIX#23, support FossaDelRumore!