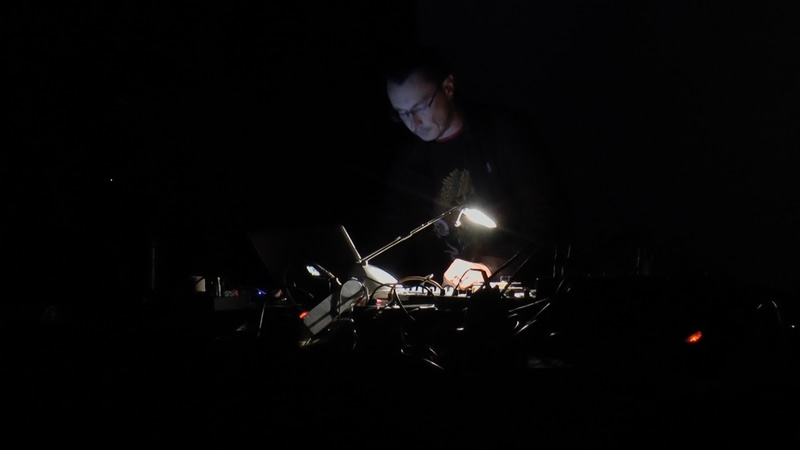 Matteo Uggeri graduated in Design at Politecnico di Milano and started playing in 1996 with the Der Einzige project, inspired by the industrial movement of the late 70s, which remains one of his reference points for the following years; in that context, however, he developed a growing interest for melody and field recordings. The collaborative component has been at the heart of his production; he has worked with Italian as well as foreign artists and constantly explored different musical languages, from dark ambient [Meerkat collective, that includes Luca Sigurtà, Punck, Logoplasm and Fabio Selvafiorita], to concrete music [with M.B. and Fhievel], to EBM [Telepherique], to kraut rock [De Fabriek], to electro-acoustic [Andrea Ferraris and Mujika Easel, with Luca Mauri and Francesco Giannico] to folk [Bob Corn]. Only two solo works have been released: “Four Steps on Points” on Fluid Audio, in 2013, and “Untitled Winter”, on Scissor Tails (2014), records in which the acoustic component becomes more important [note: until the activation of the Barnacles moniker you came here for].

The collaboration with Sparkle in Grey has been running uninterrupted alongside these activities since 2000, Sparkle in Grey forming a permanent four-member band since 2005; with the group he shared unclassifiable and eclectic records, including an LP with Tex La Homa/Matt Shaw and a CD with the American Controlled Bleeding. Hallmark of the group are the illustrations with the distinctive image of the ’’Roundmen’’, whose pictures Uggeri draws with various techniques, also experimenting with disc graphics and rare videos between analog and digital, so far the two main poles and cornerstones of his artistic research. A good example is “Remote Control” (2011), a work on two VHS that mocks Italian TV habits showing an hour and a half zapping and whose soundtrack is provided by other artists involved in the project, including Zbigniew Karkowski, Jan Yun, Wooden Veil, Eraldo Bernocchi and If, Bwana. The work is published by Moriremo Tutti Records, Uggeri’s own label, a sort of counterpoint to the milder Grey Sparkle, a brand under which he often self-publishes his works. [via]

“Bored of working for years on microsounds, crick & crocks, drones and field recordings, Matteo Uggeri launches a new project based on field recordings, drones, crick and crocks, microsounds and ignorant beats. Each of the four tracks of One Single Sound is then built using only 1 drone, 1 field recording, 1 sampled drumbeat. Then a lot of effects. Inspired by the letters of Charles Robert Darwin to William Darwin Fox. “I am at work on the second vol. of the Cirripedia, of which creatures I am wonderfully tired: I hate a Barnacle as no man ever did before, not even a Sailor in a slow-sailing ship. My first vol. is out: the only part worth looking at is on the sexes of Ibla & Scalpellum; I hope by next summer to have done with my tedious work” [via]. One Single Sound was released on Boring Machines, and it’s also available on tape through Non Piangere Dischi.