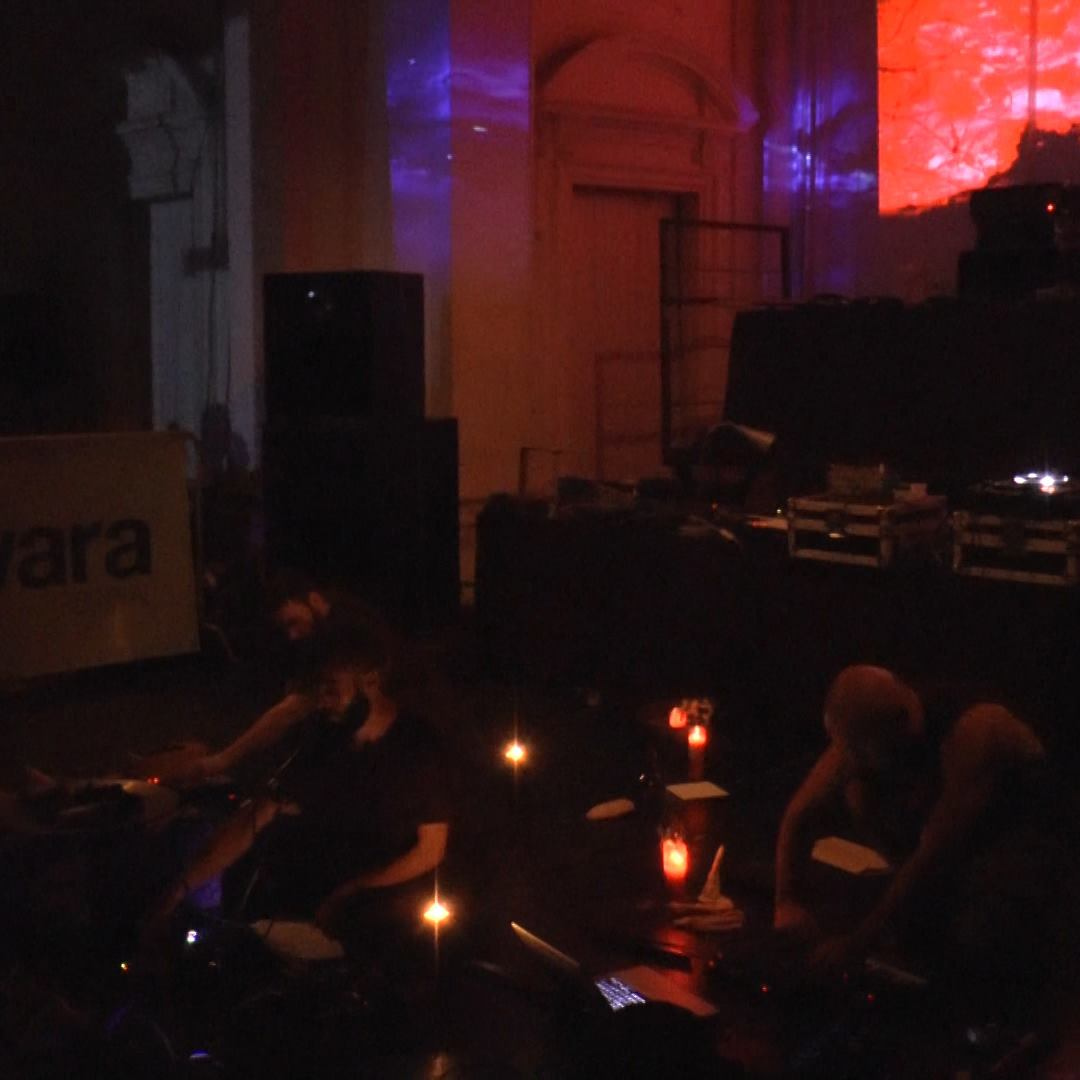 This recording refers to the third edition of Varvara Festival taking place in Turin at the end of August 2016. Satanismo Calibro 9 were the opening act of Thursday the 25th’s night, the first of a morbid parade of obscure music. SC9 is a “Infernal Industrial” band that started its activity during fall/winter 2005/2006 as the solo project of Doktor Pery. In the following years it turned into an actual band: besides its founder, the other members at this moment are Gnosis and Lorenzo Abbà. “The Italian combo hailing from Milan has released a considerable number of works over the past 10 years and distinguished themselves from the rest by a poignant ritual inspired sound. […] The atmosphere is extremely dark and sometimes desperate-like, but always empowered by monstrous sounds and strange, anguishing vocals treatments accentuating the ritual format of the work. […] SC9 are experts in the composition of ritual music, which they define as ‘infernal-industrial’. It’s not only about the overwhelming sound treatments and obscure atmosphere, but also the treatments of the vocals. All voice sources have been seriously manipulated and reworked to create this haunting feeling.” [via]