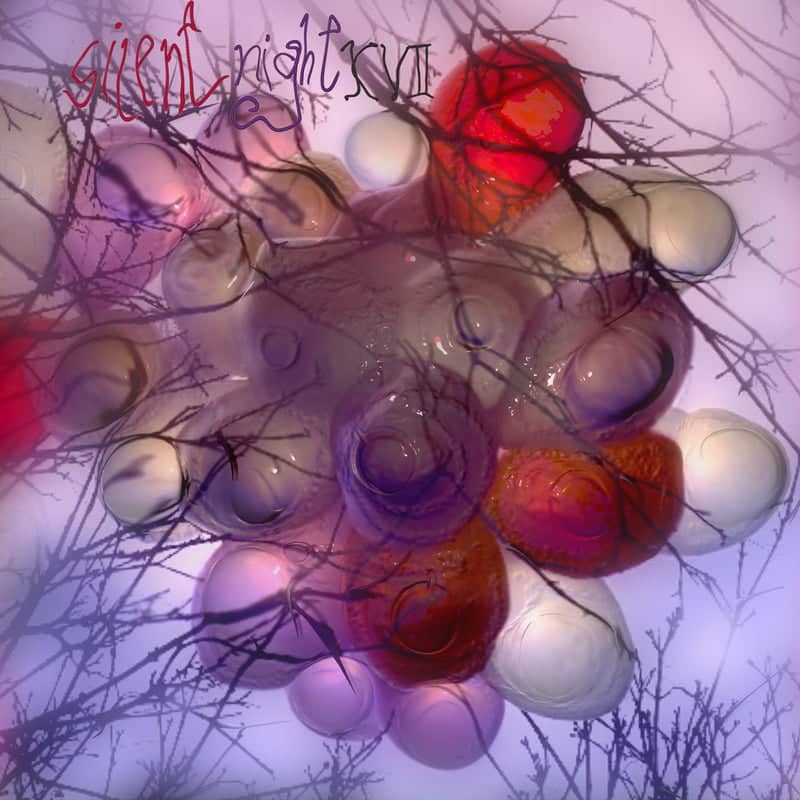 Silent_Night was an event format organized by the seminal Prague-based record label and music community Genot Centre together with Radio Wave which started back in May 2015 and has as of now reached its 20th episode (November 2019). Promoted by GC’s founders Ondřej Lasák and Wim Dehaen, the series consists of sleepover nights in which a few dozens of visitors are allowed to stay in the venue with their mattresses, get comfy, and experience altered states of awakeness via trancey, abstract electronic and drone music.

In the list of guests hosted during these Silent_Nights, one can find international stars such as Keith Fullerton Whitman, Paul Jebanasam, and Kassel Jaeger, lots of contemporary sound designer and researchers like 9T Antiope, CHRA, Kara-Lis Coverdale, Sophia Loizou, Kate Carr, and Teresa Winter, all the way to breakcore legends such as Christoph de Babalon. Lasák and Dehaen’s ultimate goal has reportedly been to “subvert ideas of what abstract or ambient music can be“, enriching their program with suggestive settings, pre-recorded or remotely-performed sets, and original visual contents – ultimately going in the direction of multimedia stimuli and sensorial numbing.

Silent Night XVII, happened February ’19 at the PONEC performance art theatre in Prague, saw the participation of the delocalized digital collective and group of musician, multimedia artists, performer, and DJs called Quantum Natives, which we had already discussed on our pages in this and also this occasion. The crew of “dancers at the end of time“, scattered around their scroll-through web wasteland and active since 2013 with multiple musicians dispersed across the world, has been investigating the boundaries between URL and IRL experience, social network spaces, and displaced Internet-based communities with inventive outcomes that rely as much on software-based sound design as on video-game aesthetics and programming technology.

The conjunction of Genot Centre and Quantum Natives programs in the Silent_Night format led to surely one of the most remarkable episodes in the series, which presented to a (lucky enough) crowd of about 50 people a heterogeneous combination of contributions from both sides in the form of live performances, streamed audio pieces, and 10h of video projection material. The final outcome of Silent_Night XVII has later been collected, mixed, mastered and compiled in the form of the latest joint Genot Centre and Quantum Natives eponymous mammoth release, featuring music from affiliated artists recsund, Yearning Kru, Benelux Energy, bod [包家巷], Enchanted Lands, AEthereal Arthropod, emamouse, swivelized sounds, Yikii, John Low Hearhat, and Terribilis.

Today, we’re glad to premiere Terribilis‘ composition Move in Silence, available at the end of the article via Quantum Native’s SoundCloud portal. The digital release will see the light the next Sunday, March 22nd, and it will be purchasable also in the shape of a limited hand-crafted sleep mask + SD card, respectively designed by Awe IX and h5io6i54k.

Terribilis is a musician and producer born and residing in London, who fuses ambient and drone music with breaks and jungle to craft an unsettling, arcane sound experience they’ve been bringing around the UK and Europe in the last few years. One amazing example of their mesmerizing live set could be heard (and seen) right here above, shot last summer at Macao, Milan for the Saturnalia Festival.

Among the starters of the UNITI womxn / non-binary crew and Xquisite Nihil resident performer, the artist released their debut work called Interlude Music in 2018, available for free on QN website (here). The record is an aggressive attack to calmness laid down by shots of industrial soundscapes and minimal melodies which could be visually represented as a series of nightmare-inducing peaks at the deep-sleep mind process of a digital mutant monster.

The ominous release also presents video animations of a “human-esque beast” doppelganger referred to as, indeed, Terribilis: these are the fruits of a visual collaboration with San Francisco-based Wure, which add to the whole framework the concept of frailty and vulnerability already explored in the composition of the tracks, together with themes of “self-identity, self-loathing and body dysmorphia“.

The piece we premiere today, called Move in Silence, goes on with Terribilis’ vision of a heavy (both physically and emotionally) electronic ambiance, dwelling on distorted remembrance and perceptions, surviving through suffocated breaths of drowsy despair: a slumber party for fragile, electronic angelic/demonic creatures, ineluctably destined for either grandeur or collapse. 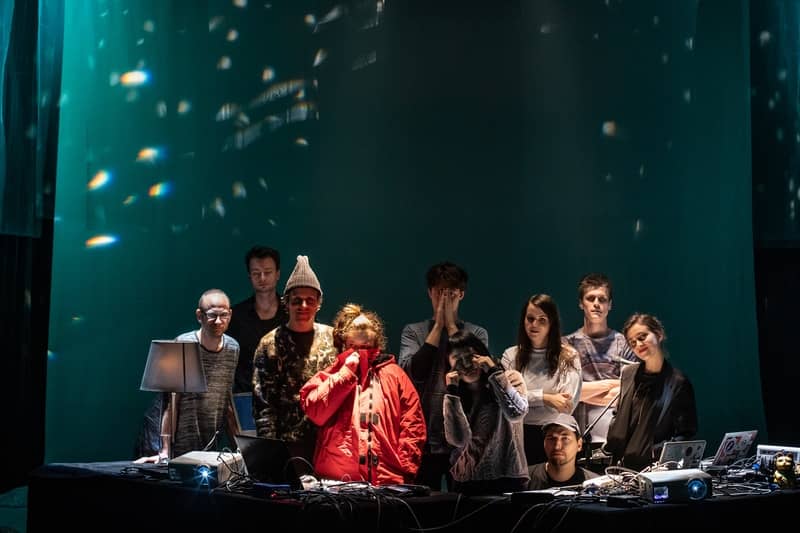 As explained, Silent_Night XVII was a pivotal experiment in bringing together Quantum Native’s “online/offline worlds” and Genot Centre commendable and fruitful music selection and event curatorship. The release surely needs careful manipulation, in the sense that it would be almost impossible in anyone’s frenzied life to find the time needed to listen to it in its entirety. In our profit-driven, capital-dominated existences, to even find a 1-hour free-time slot sounds like an impossible dream, let alone a 7-hour one. And yet, considering how deeply rooted Genot Centre and Quantum Natives are in the present times and how actively they have been reflecting over our current social, cultural, and political situation, we cannot refrain ourselves to believe that, with this gigantic piece, the two collectives are actively scheming to contribute to dismantling the time-value of money, proceeding to offer us a primary, precious occasion to chill, reflect over the importance of time reappropriation, and yeah also practice heavy sleeping under a cozy blanket.

Before playing Terribilis’ track, remember to follow Genot Centre and Quantum Natives on Soundcloud (GC / QN). Get your own ‘Silent Night XVII’ copy at this link. Enjoy!