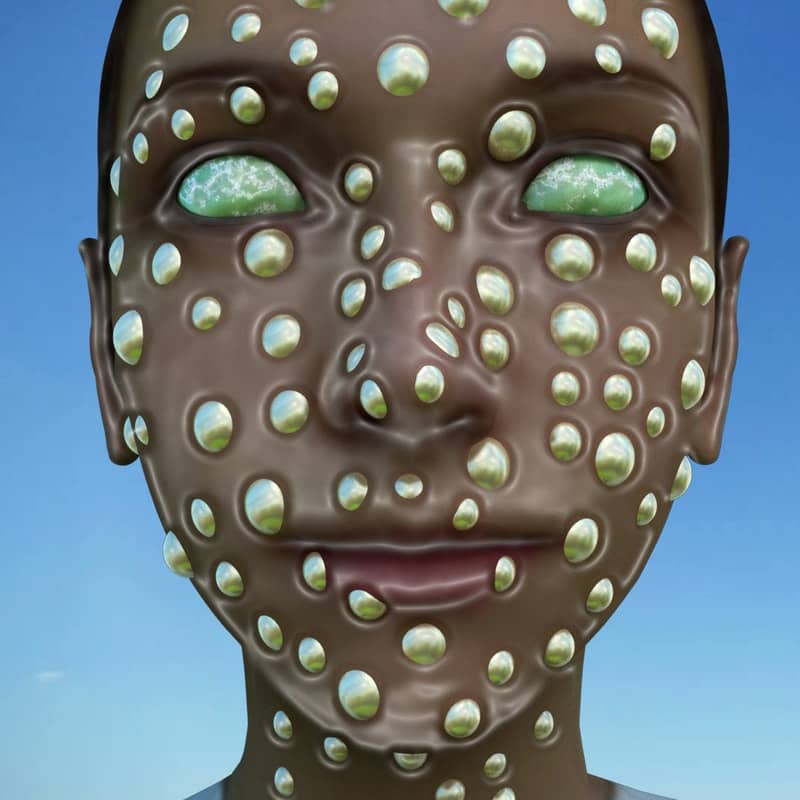 About 8 months ago, we put out our 74-records list providing for a closer look at the amazing year 2017 has been (read it here). Up to now, 2018 has been – if possible – even a greater year, if you consider the sprouting of underground music burning fire pits all over the planet. Literally burning: we don’t know of any thorough investigation about how much underground music had spread underneath “mainstream” culture over the years, but it feels to us absolutely no previous period whatsoever offered such a variety of contents, ideas, and sounds at the same speed information moving on the Internet has reached. These are of course quite difficult and desperately complicated times to live in, far worse than any past dystopian literature could have ever imagined, but, at the same time, we are strongly convinced it’d be kind of healthy to focus on the previously unimaginable possibilities offered by a connected world. For instance, who would have imagined – let’s say, just a couple of years ago – we’d been spending SO MUCH FUCKING TIME digging Soundcloud and find on average (we did the math, for real) like 3 to 4 AMAZING new djs/producers from all over the world releasing sick, sick music, EACH DAY? Who would have imagined that because of how much the dancefloor-oriented music scene is filled with high-quality outings the aforementioned 2017 end-year list we drew up completely missed one of our now favorite collectives/labels, and unquestionably the best record ever released in 2017? The plot thickens! Could it be that underground music might actually offer ways to effectively address and face the most urgent challenges life poses (rising fascism, xenophoby, gender gap, labor and sex slavery, environmental very-very-soon-to-be-irreversible crisis, money dependance, social-media driven anxiety, prison-like depression rates in young individuals)? Rest assured, music offers the chance to overcome differences, distances (there’s no distance on the Internet), exchange sounds, intuitions, and even feelings. Maybe it’s a bit too much? But then again, how come a Turin-based webzine is so into Mexican collectives such as T.A.U., DNTFCK, NAAFI (and much more else from whatever country you can think of, even Austria)? How come R1ZOM4’s music is so damn good even to us, with very different backgrounds and all?

R1ZOM4 (Rizoma) is an experimental club music project started about one year ago by the art student Diego Blancas from Toluca, Estado de México, who was at the time working on sound art productions. He’s been reportedly influenced by the groundbreaking activity by crews such as NAAFI and Perreo Millennial that has been managing to create a very lively network in Mexico City (aka CDMX) for hybrid, violent club electronics. An active member of the T.A.U. collective, he started DJing at their parties blending together grime, reggaeton, urban global sounds, clashing sound effects as well as sci-fi/political movie samples and speeches, creating a pretty peculiar, futuristic take on club music. His first record, called Budas de Piedra, was released Oct. the 30th, 2017 (digital only, pay what you want, death to vinyl) on the DNTFCK outcome started late 2016 by Zurvolt and César Ch, who also made the amazing artwork. With his heavy-distorted synths, broken dembow rhythms, industrial rattling, and emotional build-ups, the 6-track work is – as you might have guessed – the one we referred to as the indisputed 2017 best record. Quite a bold statement indeed, but we dare you not to be struck down by bangers such as Faràndula and Reforma and their soft-loud-soft-LOUD-LOUD-ok-now-I’m-crying-LOUD sound progressions. Budas de Piedra was followed up by Poltergeist EP out Jan. ’18 for Dealers of Illusions (yet another México City outcome) and mainly focused on soundscapes and ambient textures, and more tracks are on the way coming in the next months on Oxyorange and several other labels. Today we are so glad to present you GUESTMIX#44, recorded by Rizoma himself a few days ago and available on our Mixcloud channel. The mixtape collapses 22 (!) different tracks in less than 30 minutes, going from Bilej Kluk emo-trap (must listen if you’re a Full-metal Alchemist Brotherhood fan) to the fellow Nahshi, also including many djs and producers pushing forward club music boundaries.

The often cinematic sonic environments full of immersive layers of dramatic synths and hard-hitting melodies combined with distorted rave synths create a dance music exploration that feels pretty spiritual. Ultimately, [..] it can either create a world of utopian liberation or an apocalyptic scenario [via].

Well, as said before, music might actually offer ways to help us through our difficult life (and remember, we are the lucky ones!!), but, frankly, so little faith we have the situation might actually change for the better. So yeah, let’s just embrace extinction, everyone, let’s die together. But with a true and good soundtrack at least. Push the button!