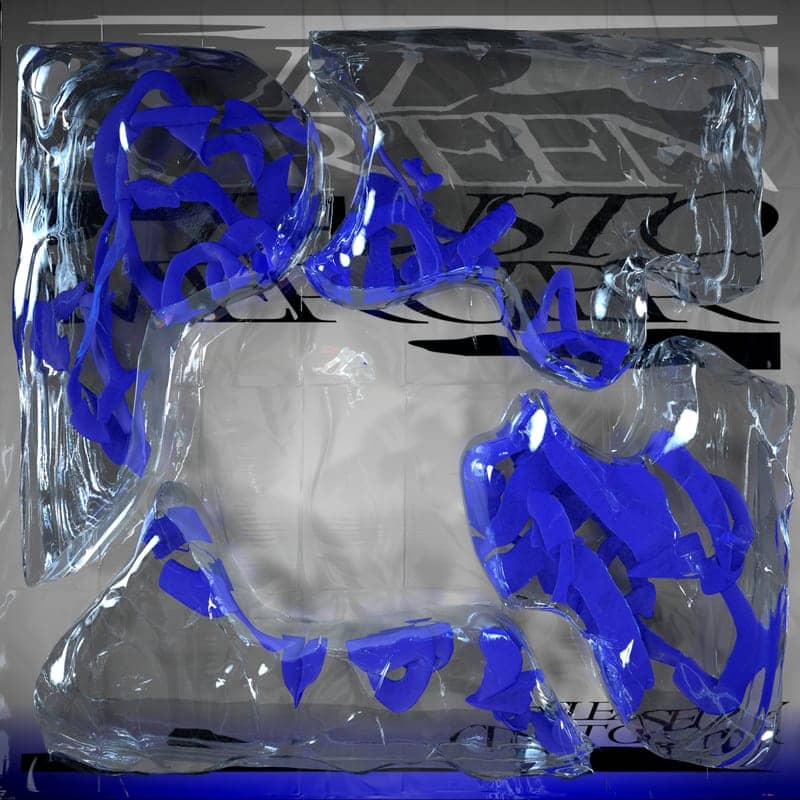 The young Hungarian Roland Nagy is a sound engineer, ex media arts student, and producer who started his FAUSTO MERCIER project in 2016, so far appeared on Unlog, EXILES, Kaer‘Uiks, and Pointless Geometry. His work in the field of electronic music production, while resonating with hardcore digital culture and bouncy rhythmic heaviness, is closely connected to his fascination for natural soundscapes and their fractal nature. In particular, the artist skillfully manages to depict a violent, tense world populated of minuscule yet grand sound variations, intertwined in a web of apparently chaotic textures. Today, we’re glad to host the full album premiere of his latest outing, published by the pivotal Prague-based record label and music community Genot Centre. Called Fullscreen, as the two label co-owners brilliantly put it, the record is a collection of “terrific bangers which sound juicy, heavy, digital, bouncy, and weird”.

Fullscreen is a multi-faceted work that stands on the cutting edge of contemporary club music, incorporating several aspects of it such as the heaviness of the kick drum, the overall decomposition of rhythmic patterns, and unpredictability in the form of multiple influences all condensed in hot, boiling instants. At the same time, however, the FAUSTO MERCIER project could also be considered as one of the most brilliant outings in the field of experimental, laptop music directly drawing inspiration from pioneering works in modern electroacoustic music such as the unexplainably forgotten abstractism gem by La Peste, WTC.XTC.

“A creation is a piece of art in itself before being crystallized, classified in the domain that defines it.  For each creation, artists destroy their initial idea to rebuild it in another way [..] as to create a space, a silence coming to ensure a balance”

FAUSTO’s music directly reflects the previous experiences as impro composer as brilliantly crystallized in albums such as Angry People Click More, Ballroom of Recur, and the split with Omotopopo. Further on, in his work – somehow connected both to Æthereal Arthropod’s and HDMIRROR’s music, even if decidedly distinct from it – FAUSTO MERCIER stages ultrahigh-definition, imaginary experiments of neural technology run by some sort of alien mecha population expressing itself via sharp glitches and seething noises.

The record is composed of thirteen pieces, divided into two sides: Firmest Fine magnificently creates and then negates the build-up in an orgy of metallic, swarming microvariations. Glut and Revein, both on the experimental/improvised side of the record, are instead eerie, tense episodes which are inspired in equal parts by what would be once called IDM, and sci-fi cinema soundtracks. Lazzzzerism, which appears twice, first in a deformed mutation courtesy by r hunter and then towards the end in its original composition, offers itself as an irresistible dancefloor-oriented tool which will surely prove to be highly influential in the underground community. Hyper, Sowrow, and Grey Gap keep on expanding the hyper-structured take on electronic music production which is the true peculiarity of the artist, fully embracing complexity and surprise.

The pace of the record abruptly slows down in the 8th track Knowtohowtoknow: a noisy sketch, a booming ballad which summons distant digital battlefields where the only winner is despair. As to completely overturn the previous mood, Mind Business appears, first in the techno-ish reinterpretation by Ice_Eyes, and then in its primary, joyful yet violent form which would be perfect for a keygen or even a Minecraft rave. The mechanical machine gun rework of the opening track, made by the Finnish granular specialist Forces, and the wicked ambiance in Check Realité close a very deep and layered record which surely would need a fair number of plays before one could get to fully analyze every tiny yet decisive variation, appearing at times in the form of frequency peaks, and others in glitchy outbursts of noise and drums. Much recommended, get your hands on it.