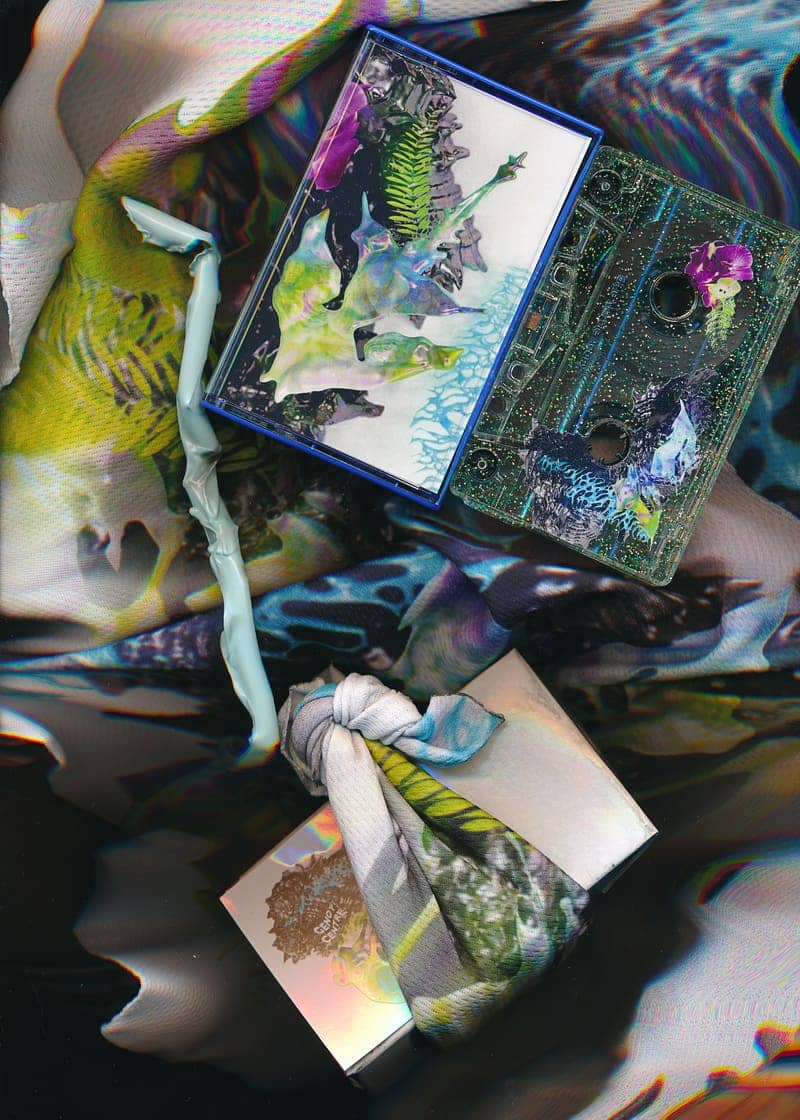 The prolific composer and multi-instrumentalist Tristan Whitehill from Gainesville, Florida, also known as Euglossine, is about to release yet another formidable record on the Prague-based Genot Centre outcome. Out on October 4th on digital and C34 tapes (limited edition of 55 + on-body printing), Blue Marble Agony erupts bursts of Tristan’s typical jazz-fusion-chill weirdness and bright minuteness in a 33-minutes cauldron of conceptual elevator muzak, at times intense at times carefree, suggestive and challenging, instant and precious.

Euglossine’s electro-exotica has been consistently perfected over the last years by steadily releasing rich albums of texture explorations, theatrical sound solutions, and suspenseful histrionics. Among his vast production, it’s possible to mention the three separate appearances on the seminal Orange Milk Records from the US with Canopy Stories, Sharp Time, and Psaronius (2016, 2017, and 2020, respectively), devoted to the artistic and poetic investigation of the possible meaning and use of Music in 2020 – mainly focusing on the relationship between digital abstractions and analog materiality. Tristan’s body of work features many other releases (such as the ones on Beer on the Rug and Hausu Mountain, just to name a few) that enrich his visionary and variegated take on modern jazz improvisation and library music, losing itself in the smallest composition detail and crafting the perfect, limitless sonic journey.

“Blue Marble Agony is inspired by coping with the environment as it changes and as evil figures fighting for power, yet harming the nature they require to live.”

Blue Marble Agony displays Euglossine’s vision in its finest, defining a peculiar style that Genot Centre’s founders aptly label as “high-definition cyber-prog“. The artist’s wide sample banks are expertly used to offer multi-layered progressions and complex improvisations served with no frills, immediate and never inaccessible. From the encyclopedic sound palette employed in Blue Marble Agony, one could discern all sorts of string instruments, traditional and synthetic percussions, folk flutes and digital wind instruments, multiple nature sounds, all paired with the heavy use of processed, recontextualized samples.

The labyrinthic tracks exhibit titles that have reportedly been associated with a variety of pressing environmental themes, whose complexity and urgency have been addressed via endless harmonic transformations, grave arrangements, and a consistent portrayal of ethereal scenarios and elusive sensations. The record requires all the listener’s attention throughout all the length of the tape, as it’s basically impossible to foresee the next move in the cinematic grandeur of the compositions, which are at times so overflowing that it makes you wonder if an actual arcane alien message could have been encrypted in the sound textures.

Today, we’re honored to share with you the Eco Fascist Dethroned track, the 7th on the cassette. The delicate composition, featuring a marvelous melody, rich stereo panning effects, and a percussive crescendo, sounds to us like an affirming, heartfelt call-to-action to promote awareness and actively participate in the current fight against forces of power that systematically refuse to be held accountable, among the most memorable episodes in the whole Blue Marble Agony. The tape, mastered by Angel Marcloid and designed by Lenka Glisníková & h5io6i54k, will be out on October 4th on Genot Centre’s Bandcamp and it’s now available for pre-order. Make sure you check it out!