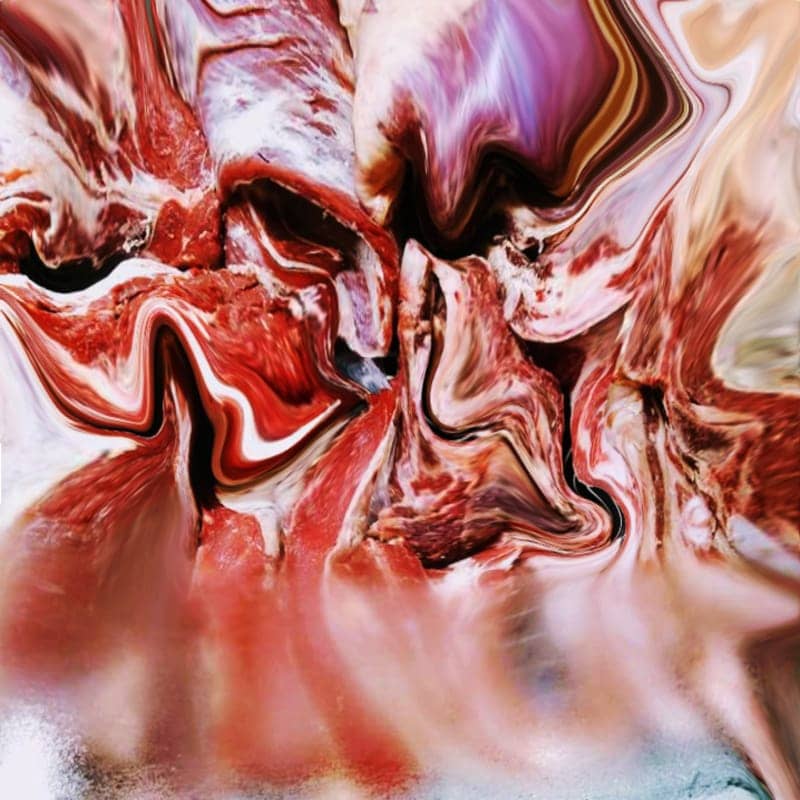 Astrosuka, Bungalovv, Agustin Genoud, Candie Castillo, Tatiana Cuoco, Bosque Sin Arboles, Qeei, Volll, Flor Kurch. These are the names that compose the TRRUENO collective, a crew focused on experimental club music, sound art, digital art and much more else straight out of Buenos Aires, Argentina. Truly among the most interesting outcomes in the worldwide, Bandcamp/Soundcloud-powered digital underground, TRRUENO started doing events in the capital back in 2015. The first release came out in 2016, launching a series of outstanding records offering articulated dembow rhythms, explosive grime, the finest sound craftsmanship, and a precise research into micro-sounds and concrete noise, all of which is ultimately enriched by a wealthy plethora of sound solutions and an obsessive attention to details. l of them are available for free download on their bandcamp portal – but, yeah, please consider throwing some money while you’re at it to support these awesome guys.

TRRUENO has no hierarchy. It works closer to an anarchic amoeba that adapts to whatever comes along in order to survive.

Something that really stands out when talking about TRRUENO is the intimate relationship with the label to a strong graphic concept developed around deformed, deconstructed CGI imagery that helps to depict an overall music/art hybrid, a post-human entity wandering around the Internet as well as the streets of Buenos Aires. When it comes to the TRRUENO catalog, however, we must say it’s a bit difficult to choose a favorite outing among the bunch of records released so far, and this is due to the high-quality music scenarios portrayed in each of them. Starting from the quintessential MECHA compilations (01 and 02, mastered by Cristo Gavras aka Imaabs, a NAAFI-affiliated Chilean producer) going to the already influential Devoiced masterpiece by Agustin Genoud, based on the exacerbation of the clash between Human, Animal and Machine, and from the loud crescendos featured in Live @ Ruido by Volll feat. Astrosuka to the latest collection of folk mythology inspired Mitologik y _pagana by Candi Castillo aka Candie.

And it’s to Candie that we reached out a few weeks ago asking for a mixtape that would best represent TRRUENO aesthetics, offering a perfect insight to the unaware and curious listener trying to figure out the disconnected and fuzzy underground scene who’s been thriving worldwide in the last few years. We’re pleased to share with you GUESTMIX#47 by Candie herself, coming with an extra interview we asked her and Sergey Kolesov aka Astrosuka, also appeared in the early 2010s on labels such as Aural Sects. The player is available right here below, and you can find the mixtape tracklist at the very end of the article. We strongly recommend you listen to the crazy selection while reading the interview: push the button and enjoy your reading!

Q: Let’s start at the very beginning. What can you guys tell us about the TRRUENO first moments? How did you guys know each other, and consequently decided to do something together? What were your main goal and sources of inspiration back then, and what are now (if there are any)?

Sergey: It happened naturally, we knew each other from the local music scene and were already collaborating on different occasions and projects, at some point we decided to use some sort of hashtag for these activities and Pablo (Bungalovv) came up with the name. The main goal of that hashtag was and still is) to generate an independent music and art platform to help each other with things difficult (or impossible) to achieve on your own in this city. Our inspirations and motivations are wide and depend on each individual and project.

Q: What is your idea about music, its meaning, role, and responsibility in current society, and how are you trying to push it through with TRRUENO? What does “club music” mean to you? Is dancing related to fighting?

Sergey: For me, music might be a language expansion tool that makes us go beyond the limits of our default way of understanding ourselves and the things that surround us. I like to dance but I don’t like clubs.

Candi: Music is my favorite language, it is so powerful to be able to express itself through sounds, it is a very powerful and emotional form of expression. With regard to the thrust from TRRUENO for its meaning, role, and responsibility in the current society, I find myself producing tracks that encompass intimate emotions or problems more general like anxiety and I seek to generate empathy in people who listen. Feminism is also very present through the #VIVAS project of Tatiana Cuoco. I really like the music of club, I love to dance, and it has those aggressive beats sometimes that motivate me to many things. I definitely think that dancing is fighting, from being alone in your house dancing to disconnect from a hard day to be in a social march and dance with everyone thinking that you screw capitalism, patriarchy and all that! Lol

Q: What is the current situation in Buenos Aires with live music, club music, nightlife, police force, and opportunities for young people to have fun and do something other than consuming?

Candi: With the current government organize alternative cultural events is very difficult, the economy is bad then it is difficult to organize things and be able to cover monetary expenses we need and if we do street parties which could be free for all Surely the police will repress us because they are very violent.

Q: Is TRRUENO kind of an isolated entity in the city, or else what are the other crews/labels you’ve worked, are you working or will work with?

Q: How many parties did you throw since the beginning? Where do you usually do events? What’s the crowd’s (and the owner’s) average reaction to the music? How would you describe a TRRUENO gig for someone who’s never attended?

Sergey: We organized some events, more than 20 for sure, I don’t remember exactly, most of them in cultural center spaces. People seem to like the music we make.

Q: How CGI artwork interacts with the music you’ve been releasing so far, and why do you think it’s so wide-spread within the electronic “underground” community?

Sergey: It might be related to the electronic music production by the possibility of creating specific and complex scenarios based on the nowadays low-cost digital processes and quantification of physical input allowing this illusion of reality transformation. Also, the exploration of the digital domain as some sort of mysterious and ever-evolving ecosystem in itself seems exciting to me. Sometimes it feels like a game of creating interdimensional portals between fantasy and real life
⌒ﾟ(❀>◞౪◟<)ﾟ⌒

Q: How does the economy reflect on TRRUENO activities? Do you manage to make a living out of it? What’s the thought behind the Bandcamp catalog entirely available at name-your-price?

Sergey: The economy is fucked.

Q: Do you think you’d ever be interested in doing some record’s non-digital release? Do you feel music published on physical supports has any role left to play? Is anything that is off the Internet really real anymore? Well, maybe gigs are real, and that’s why we feel it’s so important to manage to find the opportunities to share some of our time to dance and fight.

Sergey: Everything off the internet is real. I think all of us have the main focus on the real world, the internet part of the platform seems like a low bit depth mirror of the physical sonic disturbance we aim to generate at our live shows. On the other hand and due to the lack of sharpness of that mirror our stuff sometimes gets overhyped in some directions that might be just a small portion of what we do, like dance club situations. As a label, at least for now, we only release stuff by people that are part of the local scene, people we know IRL. The idea is to focus on reinforcing communities and not on growing an illusion of something happening. The Internet is good for building bridges between real-life situations and giving the possibility for new ones to take place. There’s no real need for a physical support for the music itself cause you either go to the shows and experience the real thing or get the replica and the web is good enough for that.

Candi: I would like to generate spaces where besides playing live or present a disc can make art installations where you link the visual and the sound and everything encompasses the same concept in different languages.

Q: Thank you for your time and your amazing mixtape, hope to see you in Italy or Europe soon!

Candi: Thank you to you for your invitation, I hope that we can know someday! <3