A Flooded Need is a record label based in Naples, Italy that started their activities in 2019. Born from the efforts of two friends dwelling with experimental industrial, noise, bass, and breakcore, the outcome is a network that reportedly emerges from the most melancholic corners of electronic music. After Day of the Blizzard by Mystics and Unnecessary by Nocturnerror (namely one of the co-founders), the label will publish on June, 22nd their third record, a various artists compilation titled Irrational Dramas that gathers 11 musicians from all over the world in a limited-edition of 40 pro-dubbed C50 cassettes + digital.

Each of the eleven artists was tasked with exploring the notion of catharsis as well as the therapeutic and psychological role of Tragedy, profoundly linked to cleansing and purification as intended by Aristotle. This led the two curators towards a precise artistic choice that goes in the direction of a wide selection of electronic music genres spanning from the most ferocious branches of noise, down to schizophrenic breaks and deconstructed, paranoia-infused bass. The compilation gathers mutant electronic music that affects the user on the physical level with disturbing soundscapes and relentless fury while challenging them on the conceptual plane via sheer abstraction and multidimensional brutalism.

Lost in a monotonous and exhausting stream, our mirror image reflects the cathartic violence that flows through our eyes. Stoned daily by the sad homologation of modern life, a flooded need re-emerges from the bitter waters of our loneliness.

Irrational Dramas, coming with artwork by Alessandra Coppola, collects contributions of wild, futuristic sound by the likes of Accotica (check out their latest work on TAR), Crystal Defects (fka Mystics), crzxcrt, Digitonica, the Naples-based beatmaker Eks, New Sincerity (Eero Pulkkinen + Mikko Virtala, known for their outing on Opal Tapes), Nocturnerror,  Syntax Erika, W, ϙue, and finally ANKUBU, the moniker for the Italian producer and graphic designer Marco Zanella. A founding member of the DIY record label and platform Ghost City Collective from Friuli-Venezia Giulia, ANKUBU‘s sonic experiments already appeared on the multidisciplinary hub HIDE, among the finest out there when it comes to digital wanderings in the field of contemporary abstract laptop music, experimental DAW devices, and avant-garde graphic design.

Today, we’re glad to premiére ANKUBU’s composition featured in this intense and rich compilation: called Transfert, the track joins alienating, lo-fi drones, clanging kickdrums, and chaotic Amen breaks on the forefront of eerie atmospheres lurking in the background. In the 7 minutes long piece, the producer’s ability to manipulate samples as well as evoke breath-taking sound experiences reaches new highs as it leads the listener on perilous paths of introspection and sudden confrontation. You can stream it via the SoundCloud player above here. Also, be sure to get your tape now available for pre-order at this link! 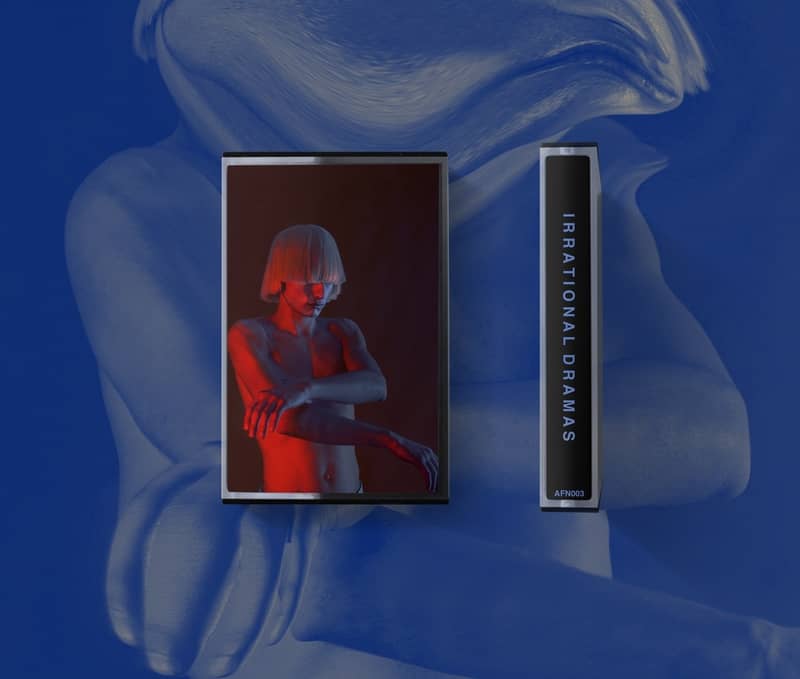