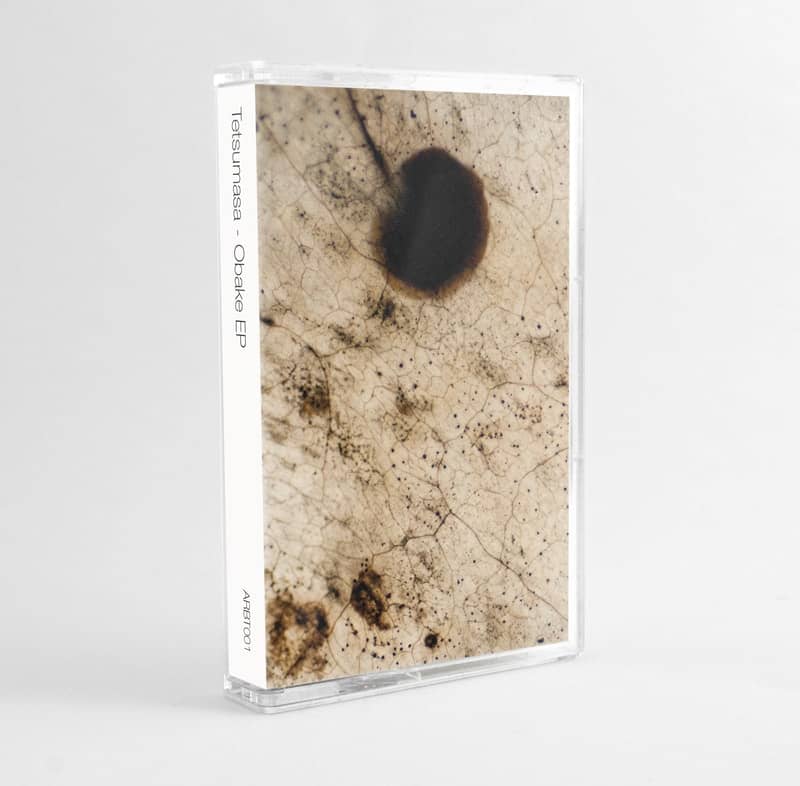 Arboretum is a Berlin-based label founded in 2012 and active ever since putting out several outstanding publications in the field of experimental electronic music; the project mainly focuses on the real-time interaction between sound and visual forces, intertwining within the same compositions and defining a brand new, concrete expressive medium on record. The last Arboretum’s outing is due to see the light next June the 27th, both in digital and in the cassette format, but you can already pre-order it on its official website: we’re very happy to share with you today the ‘Ishiki’ track premiere out of Tetsumasa’s Obake EP, recorded together with Arboretum’s founder’s project Mogano and featuring the sound of an Egyptian Rabab. Right here below you can find the record teaser by Andrea Maioli, being revealed today, together with the embedded player for ‘Ishiki’. Enjoy!

Tetsumasa Okumurais a Japanese electronic music producer born in Nagoya City, in the heart of the Chūbu region, Japan. Deeply inspired by genre and styles such as downtempo, hip-hop, glitch, bass music and dub, he began releasing music via the Devecly Bitte moniker – mostly focused on future-jazz, glitchy and abstract sounds that appeared back in early 2010’s on outcomes such as U-Cover, +MUS, Blue Arts Music and Sublime Porte Netlabel. A self-taught musician, he started investigating music composition and electroacoustic/concrete techniques he’s been incorporating in his productions. Relocated in Berlin in 2016, he recently put out ASA EP on his own vinyl-only imprint called SAIDAN, a well-suiting medium to accurately portray his cinematic, organic sound aesthetic and, at the same time, address his affinity to the current clanging industrial techno scene. He performed live in many occasion over the last year, as a guest for venues and organizations such as Libel Null Berlin / Urban Spree, SuperDeluxe, Griessmühle,  Soup, and Spazio Rita.

Obake EP, catalog ID ARBTP001, comes after a superb progression of four release on Arboretum, namely Melancholia EP by Honzo aka D. Carbone, Sycomore EP by Marco Berardi aka Mogano (the label’s founder), Vasundhara EP by Drøp aka Giuseppe Bifulco and Unseed by Øe aka Fabio Perletta, two of which (Sycomore and Vasundhara) also featured remixes by Samuel Kerridge and Dadub, respectively. Tetsumasa’s last work, also the first cassette on Arboretum so far, is – as reported on the press-release – a circular journey within a constantly shape-morphing, ghostly and sub-oscillating environment, and carry on the outcome’s peculiar hybrid of industrial techno and electro-acoustic sound-manipulation techniques.

Obake is opened up by the atmospheric Steeroll piece: rich of fierce and rambling horn sounds resonating from the depth of Earth, its echoing, cranky beats stand at the gates of the very introspective sound experience which is Tetsumasa’s tape. Steeroll’s remix by Ryo Murakami emphasizes the concrete, acousmatic component of the track, pushing even deeper down in the abyss the rhythmic, danceable features. The central part of the record consists of Mabolo, Kaidan and Balot, which glean inspiration from roots/dub featuring distant hand drums (Mabolo), resonating kicks (Kaidan, maybe the most linear and violent tune here) and relentless, slowed-down progressions (Balot). Finally, here below you can get to listen to Ishiki, a multi-layered composition recorded together with Mogano and starring an Egyptian Rabab, together with the submerged sound of gushing chains, gasping screams and drilling noises. Mastered at Dadub Studio, Berlin, Obake EP is a deep, intense work in which all the shapes encountered within itself “get decomposed and spatially rearranged, providing the chance to look back at the whole journey from different angles“. Strongly recommended if you’re interested in a stand-alone, pregnant record you could let your thoughts and body wander on (mind you, headphones required). Support Arboretum!