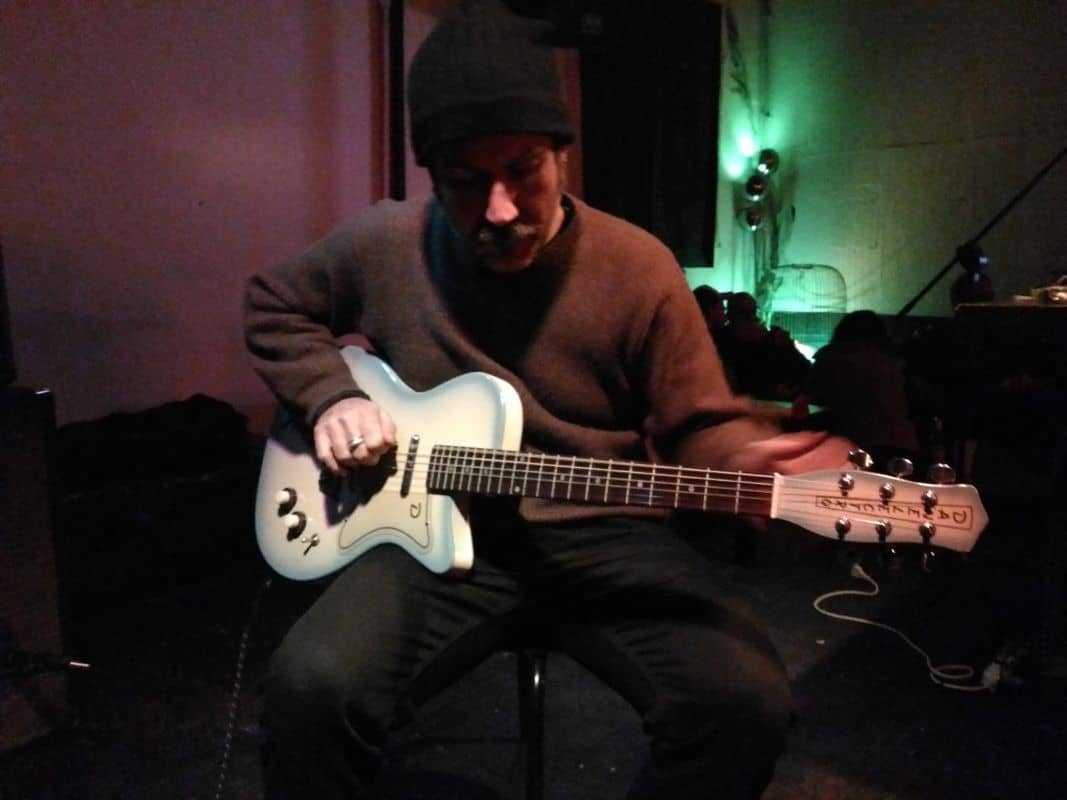 January 2017 will see the Italian experimental guitarist and performer Maurizio Abate traveling all over the Country for an 18-gig tour called ‘Loneliness, Desire and Revenge Electric Tour’, in which the compositions previously featured on the eponymous record out on Black Sweat Records will be rearranged focusing on the electric guitar, and also integrated by few brand-new tracks about to be released in 2017.


Via www.maurizioabate.it: “Maurizio Abate is a self-taught guitarist who’s been active since the early 2000s with an instinctive approach to experimentation and always in connection with the deep power of the sounds. Constantly looking for new forms of expression, he is committed to shape the blues, folk and psychedelic tradition in a personal and unique way. Driven by a strong fascination for stringed instruments, Abate started performing live in 2006, playing electric guitar in a style ranging from free-from, noise and ambient and after being involved in some impro-psychedelic projects (Eternal Zio, Neokarma Jooklo, Golden Cup, Rella the woodcutter, BeMyDelay) he has developed a new live performance, based on a processed hurdy-gurdy, harmonica and electronics through which he creates meditative, forlorn, ritual soundscapes“.

“He has participate in more than 20 records published by Alt Vinyl, Black Sweat, Conspiracy Records, Troglosound, Qbico, 8mm Records, Holidays, Boring Machines, Tulip, Yervan Tapes, Sloow Tapes. At the end of 2013, he curated the preview screenings of the documentary ‘In Search of Blind Joe Death: The Saga of John Fahey’ by the Canadian director James Cullingham all over Italy, giving occasional solo performances on guitar before selected screenings. This experience informed ‘Loneliness Desire and Revenge’, an LP on Black Sweat Records, which documents the transition from electric sound and practices of improvisation to instrumental songwriting for acoustic fingerstyle guitar“.

“This 8 track acoustic guitar album is a big change for the experimental musician Maurizio Abate. After many years of psychedelic albums in which improvisation was combined with a creative recording process, he composed an entire album based on a more traditional method: acoustic guitar solo. [] After playing these compositions at gigs, Maurizio decided to record the tracks in an almost definitive way, [even though] the live interpretation of the songs is always different and mutating” [via].