FB / Website / Soundcloud / DiscogsThe live set we present today was recorded in Rome by our correspondant Carlo Cimmino as a part of post rock / experimental / metal music devoted event series called Post Roma with the participation of INIT. The Italian drone / ambient musician Roberto Begini from Rome warmed up the stage for the deeply influential US band Negativland. About the artist:”Roberto Begini is an italian composer and sound artist. His work is currently focused on contemporary electronic and electroacoustic music, with a particular interest in the ambient and drone/noise approach. He publish for Manyfeetunder/Concrete and Oak Editions and is co-founder of the electronic music project Kolmitt. He works as sound engineer, and as composer and sound designer for film scores, in collaboration with international artists and productions (London Film School, Goldsmiths University, Royal College of Music)”. 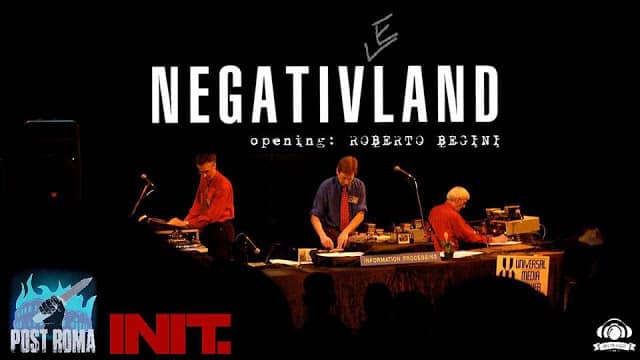