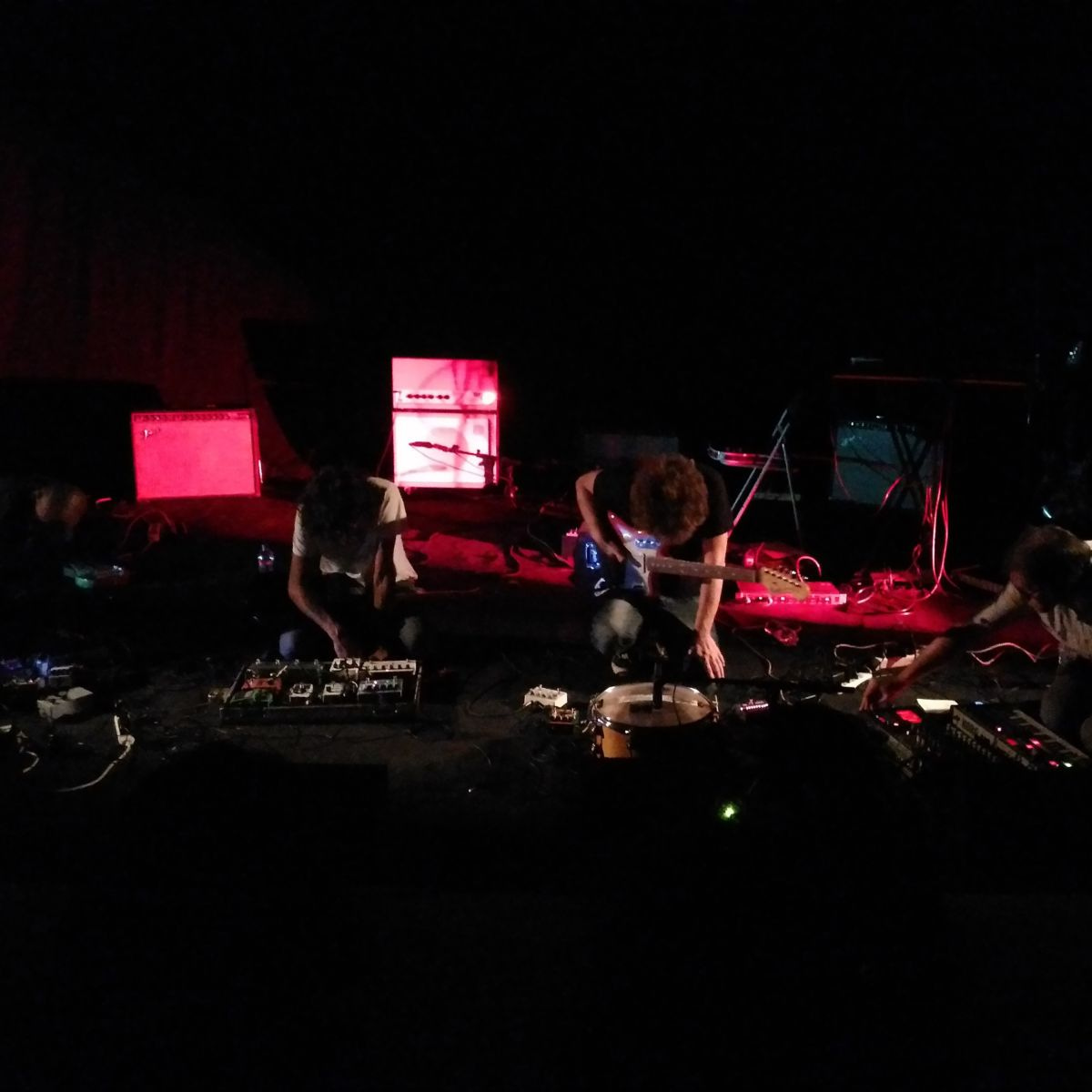 The 16th element in the RECORDINGS series is a live show by Luminance Ratio, recorded in Rome by our precious correspondant Carlo Cimmino few weeks ago. The night was the first of the two TDV10 episodes and hosted, other than LR, also two Italian premieres: Current’s ‘Sure, I will be’ and Deroom’s Blank Page.

“Luminance Ratio is a quartet which includes sound artists Gianmaria Aprile [Ultraviolet Makes Me sick, fratto nove records, Pipeline Trio/Quartet], Andrea Ferraris [Airchamber 3, Ur, Ulna, Sil Muir], Luca Mauri [I/O, Two Dead Bodies] and Luca Sigurtà who decided to join this project with the intention of going into new territories, far from their usual sound, putting themselves to service to an electro-acoustic research. The result is music that can make you levitate, psychically and emotionally, the different ingredients creating a unique, huge, psychedelic stream of consciousness”.