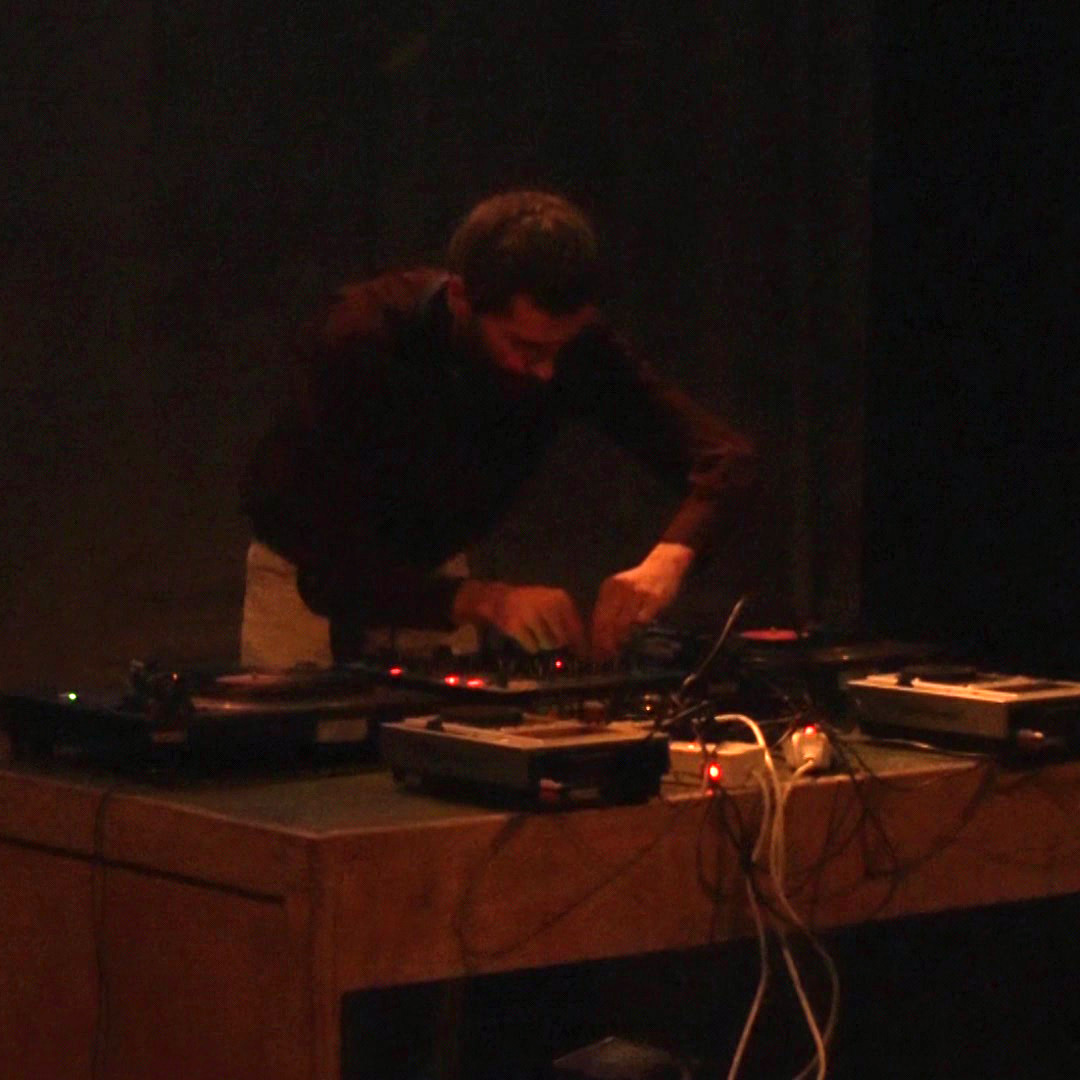 Luca Garino (Italy, 1978) is an Italian composer active since 1996 in the fields of electronic and concrete music. He started as self-taught and then continues his research at computer music at LaSDIM (Laboratorio per la sperimentazione e la didattica dell’informatica musicale). [via]

Luca Garino is a Turin-based sound-artist which is also a tireless supporter and coagulator for the most experimental sides of music, label-manager [see la délirante], and also curator of many live gigs and performances in town. His main musical projects, other than the solo activity, were Blind Beast, Malaria POP [both alongside Andrea Marini that we already hosted this summer with RECORDING#9], the unforgettable how much wood would a woodchuck chuck if a woodchuck could chuck wood?, Psalm’n’Locker, staged live together with Rella The Woodcutter, and the long defunct AHV. The recording we share with you today is a 1-hour-long DJset developing an ever-boring mixture of noise, musique concrète, sound poetry and field recordings.

“ISAO Festival reserves an entire night to pay tribute to Philip K. Dick, one of the most influential writers of the last century. The night will open up with the theatre act “Sempre la belva si scatena per paura”, by Giordano V. Amato, featuring Diego Coscia, Giulia Marchiaro, Boban Pesov, Giovanna Stella, Lorenzo Tolusso, and freely inspired by P.K. Dick opera omnia. Following up, the Canadian cello player Julia Kent will play her “Flow My Tears” concert, named after the John Dowland’s composition that is known to be loved by P.K.Dick. The evening will end with the audio – video experience in which Luca Garino will provide his sonorous comment to a sequence of short excerpts out of PKD-inspired movies such as Blade Runner, A Scanner Darkly, Minority Report, and many others“. [http://www.isaofestival.it/] 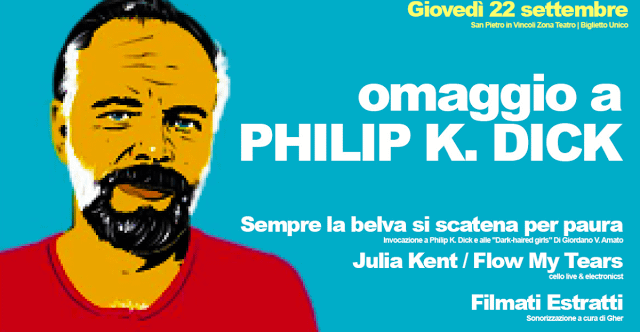