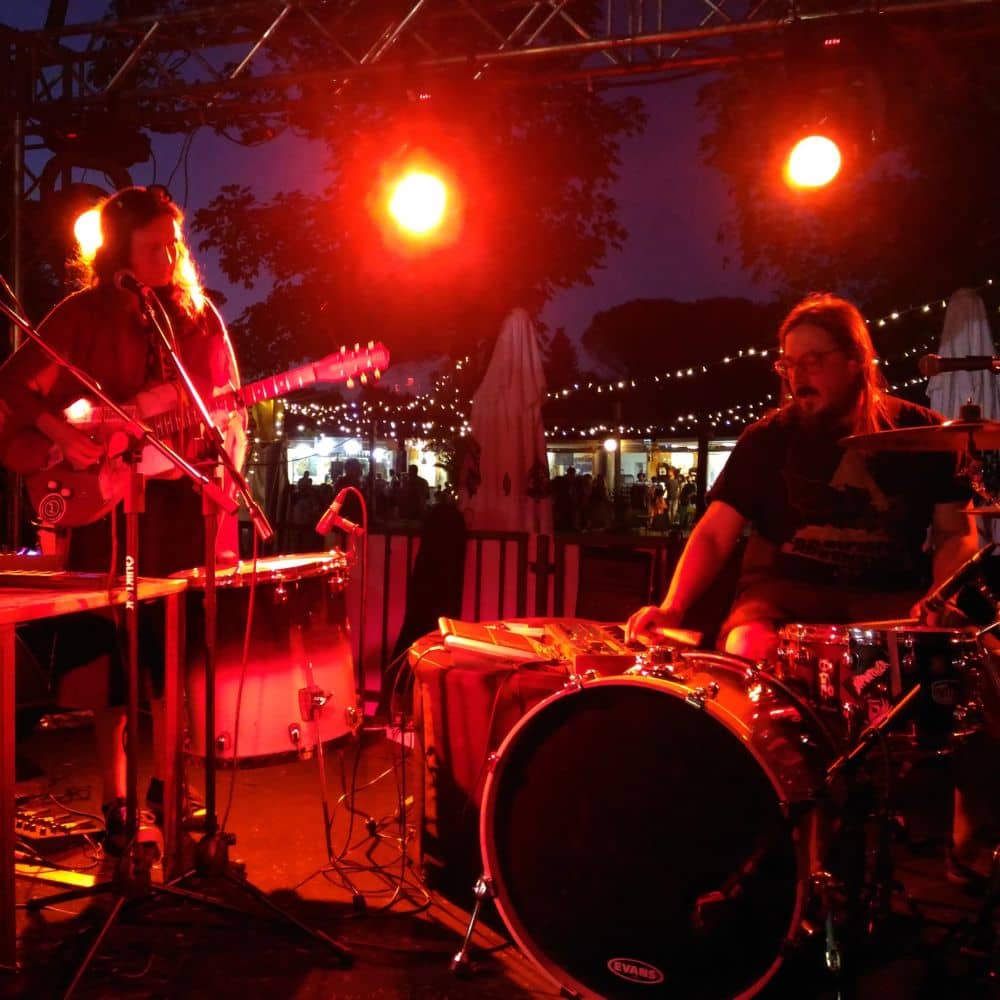 “TvsG is a duo from Rome: Toni Trouble and Mrs.Glue. They do their dancey but wacky pop-punk. They sing often in fake english and hate to use pre-recorded loops.”

The recording we’re presenting today refers to Saturday 16/07/2016 evening @Villa Ada Roma Incontra Il Mondo, featuring live sets at the sundown in d’ADA Park, Rome. After a huge amount of time spent in the studio busy recording new stuff, the Trouble VS Glue’s third work has finally seen the light: it’s called This Age and you can listen and buy it here, out of Mr. Trouble’s own NO=FI Recordings.

“TvsG is a duo: as the name says, we can picture one of ’em as the Trouble and the other as the Glue, in a never ending fight made of synths, guitar, drums and wicked voices. After their debut album on the german label Urquinaona (“Zum Teufel”) and a song on the (in)famous Borgata Boredom – Music And Noises From Roma Est – LP, they strike back with some great new stuff: 10 killer songs for “Die Trauerweide” LP (eng. weeping willow). They might be two but they sound like a six pieces band! Groove drumming and percussions, killer synths and guitars, female/male schizo voices combined with a dadaist pop attitude into a mix of no-wave, weird punk and hypnotic synth atmospheres. At times TvsG sound like the Residents with a punk drummer, in others like a weird japanese electronic pop band from the ’80s, while some other tracks bring us back to the no-wave of Lizzy Mercier Descloux and DNA. These are only some analogies, because they’ve got totally a personal and original sound. Intense, dancey, wacky, sweaty, catchy! [..] And just a suggestion: they are often on tour (more then 300 shows all over Europe, USA and Canada in the last 6 years), if you got the chance, go and see their live show: it will blow your mind!” 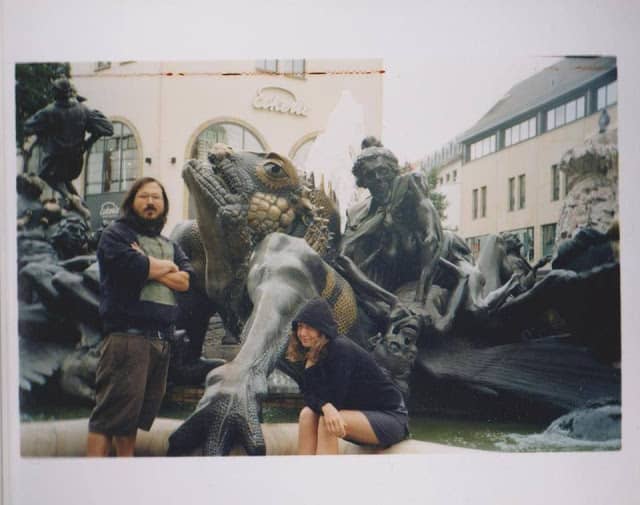