Ashida Park is a record label based in Vienna, Austria, pushing experimental, contemporary electronic music with a full-round concept articulated around a prominent interaction with visual arts. Genre hybridization is surely the main focus of the label, founded in 2016 and run since then by Antonia XM and Amblio. So far, AP published multiple artists with diverse backgrounds over a handful or remarkable outings by the likes of Le Makeup, BEAN, FVBIO, Ink Midget, BLEID, Bleeding Heart, Nahshi, the posthumous Made for Pleasure LP by Réelle, and much more.

A few days ago, on April 21st, another artist appeared on their roster, namely LIGH TN ING, a Russian producer by the name of Konstantin Knerik. The 10-tracker Fantasy Violence EP, coming with a piece of artwork by Club Sirens‘ XOF and Steffen Hotel, is a masterpiece of abstract, urgent laptop music that is characterized by an increasing level of sonic impact throughout the record, starting from the relatively more melodic starting episodes all over to the stifling conclusion of layered digital violence and sharp sound-design. Serving LIGH TN ING’s solo debut, Fantasy Violence EP is also enriched by vocals by Tatyana Tregubenko and additional guitar samples by Ilya Andreev.

The complex and multifaceted work introduces to LIGH TN ING‘s music production via bursting arrangements of sound sketches, constantly pushing the listener to the edge of their seats. The total amount of tracks sums up to an elusive yet tremendously physical, almost solid audio stream that willingly fails in giving any sort of break from the constant tension and the overwhelming, structured fabric of sound.

Today we’re glad to feature an interesting interview with Konstantin Knerik, giving up very precious insights into this staggering EP, his background and sources of inspiration, production techniques, and much more. Have a good read! 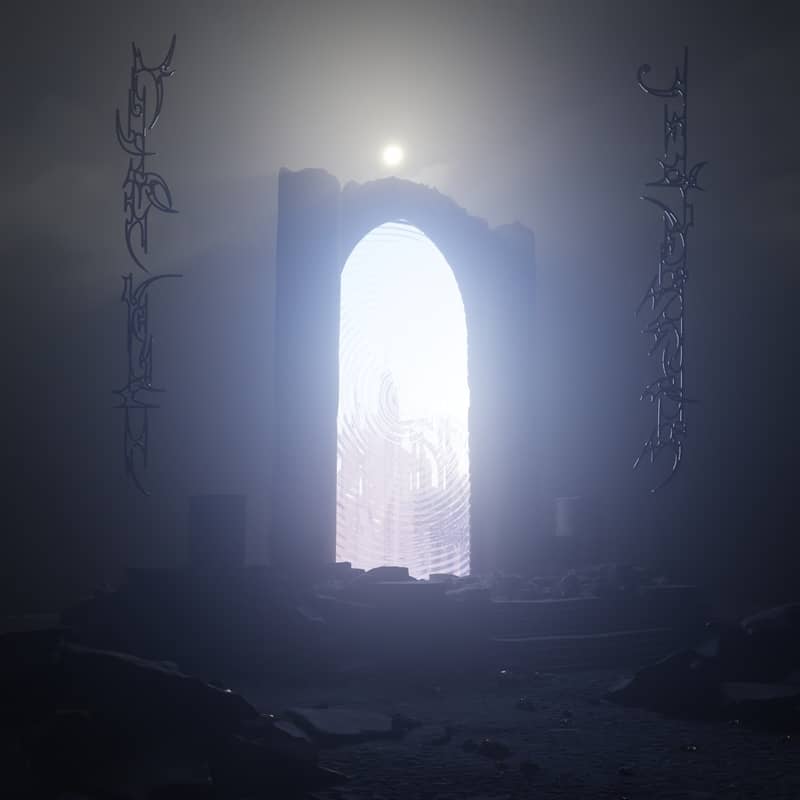 Q: When did you start producing your album? Could you tell us about the process?

A: I realized that most of my compositions are born one inside another. I decided to suspend the need to finish anything, and instead let the music grow and evolve organically without any artificial limitations or any idea of “track”. This resulted in a few very different and large DAW projects with organic and virtually alive systems of musical and aesthetic relations. I looked at these entities as if you could hybridize plants to a movie or a game.

That families of projects became the foundation for this record. Most of the compositions were born in the process of colliding these systems one to another. Theme and form were created by this collision, which was designed as some sort of simulation of an apocalyptic event taking place in a musically-driven, imaginary world.

Q: What influenced you while you were thinking of and producing your album? (music, books, politics, whatever…)

A: I lived in self-induced isolation during that period, art and work were my only focus. After a year and a half, I began to lose connection with the physical reality and mutate into some sort of hybrid digital spirit. With all the distractions taken away, my mind was unchained, my memory turned into an actual space-time were I was able to exist and my musical routine was a way to draw a map of this dimension. I do not possess any noticeable ability to write anything bigger than this text but with music, I do not have to operate common language when I convert story, image or a thought to a musical piece. Digital tools that are available now are much more flexible than any other language I know, so, for me, it’s like having a more technologically advanced way to tell a tale.

Video by Eduardo Medina aka Esstro9, premiered at CutOut Festival

Q: Where do you envision people listening to your album?

A: I never envisioned a listener or listening environment for this record. I think I am far from producing music that would be suitable for any environment which was not designed exclusively for it. I had dreams about seeing a figure doing an ice skating performance with my music, though.

Q: What was important for you to consider before you considered the album finished?

A: It just needed to feel right. I mean, aside from the low-level method of production of the album’s assets, this whole project was navigating in chaos and there was no other way rather than biting through it.

Q: People always want to know about the person behind the music, so if you want to share anything additional, like life in Moscow, any struggles, any good things happening to you, feel free to do it!

A: I am a freelance music composer and sound designer for video games and all sorts of media. I studied as a theater director but never made it to the stage, as it became clear that I didn’t want to take any artistic and professional path that involves large amounts of human-to-human interaction. I made it through several jobs including being an actor, а mime, working as a promo producer for adult animation tv channel, video editor, and much more only to support my lifelong interest in music and sound which really never had any logical explanation. I can hardly point on something that would describe me better than my attitude towards music.

Q: How long have you been making music? Could you tell us the reasons behind your moniker?

A: I have been making music presumably since 2008. I borrowed this nickname from Claire Farron from Final Fantasy 13. I liked the idea of being named after the main character of a cult game of debatable qualities. That spacing in the word came from the necessity to stand out in front of the search engine’s eyes but, for me, it somehow resonated with my sound, with all my rapidly changing parts and overall energy. 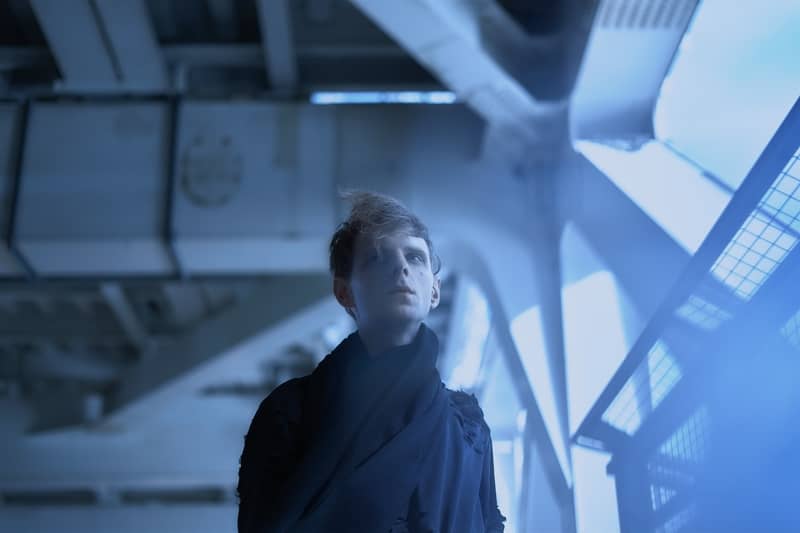 Q: How much is your work as a sound designer for video games affecting LIGH TN ING’s productions? Is there a boundary between the two experiences or you just go with your spontaneous creative flow?

A: It is not entirely correct to call me a sound designer because, for the most part, I am more on a music composer side of things as well as project management. It happens so that I design sounds when the scale of the project requires additional hands. If this question about how I manage my time between me as a musician and me as professional than the answer is: I am barely able to do it. My work cannibalizes my art.

On the creative side of things, Fantasy Violence is hugely influenced by my work in games. This record by its nature has a modular structure, it can be easily disassembled and rearranged to something new, just like it happens with “vertical” adaptive music in games. All tracks have interchangeable parts, most themes were written to seamlessly work with each other. I guess this will become more obvious in live performance situations, except for “Notifications” which is composed of different rejected UI and push notification sounds I made.

In conclusion, aside from borrowing ideas and repurposing rejected material, there is a Great Wall between my art and my job. For the most part, games are a collective effort of a large team where everyone contributes to a single vision. Sound and music have a supporting role in this process, even when they take the leading role… I hope this makes sense somehow! There is a lot of creativity there but first, everything you create must add something to the whole experience. LIGH TN ING is another deal, it is a way of expressing myself where I simply do not care about what people think, will they enjoy it, buy it, etc. LIGH TN ING is not a product or entertainment. Sure I will be overjoyed if people will like what I do, but if they don’t then nothing will change.

Q: How did you get in touch with the label, how/when was your first connection with it/them?

A: To be honest, there is nothing fancy about it. About a year ago I sent a message to them, in a few months Markus (Amblio) and Antonia responded with a clear intention to release it, and so the whole process started. They are such great people, and they took care of literally everything. A few days ago, they told me they’re so much in love with the record that they almost felt like they were putting out their own release. I think that this is the best thing a label can say to its artist!