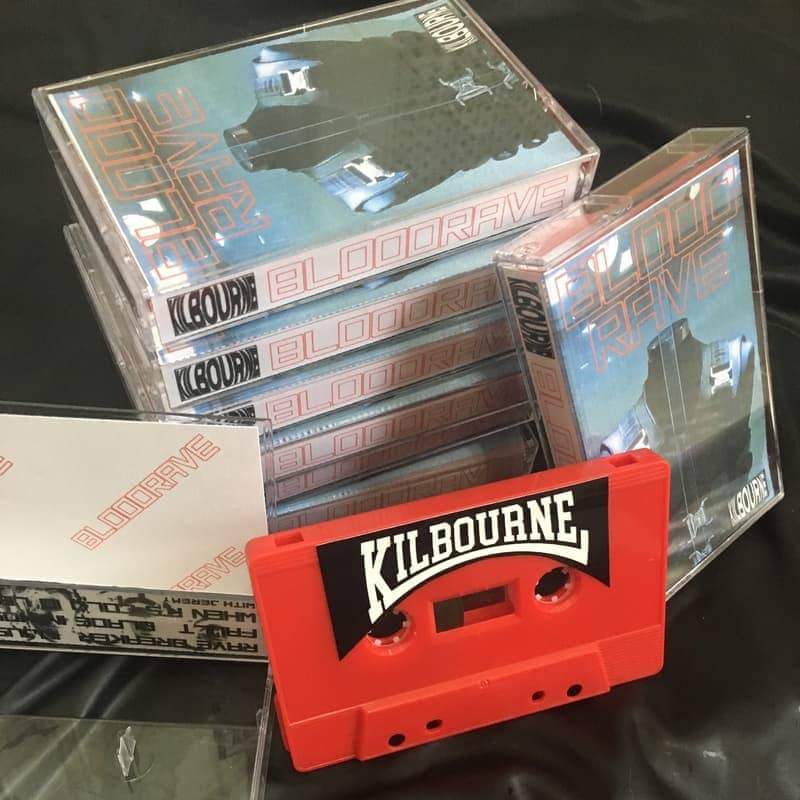 1998 was the real breaking-through year for the seemingly never-ending Marvel-related movie saga we’ve been experiencing in the last years. After some minor, very low rates attempts at success with ’89 The Punisher (starring Dolph Lundgren), ’90 Matt Salinger’s Captain America, the low-budget, very very ugly ’94 Fantastic Four first movie adaptation, and, few years before (1986), an astonishingly creepy version of Howard the Duck, New Line Cinema managed to release a fine product of cinematic blood-shattering scenes, vampire doom menace hanging over Los Angeles, and early (but quite good, maybe) attempts at CGI special effects (side note: the very same Howard the Duck who brought upon Marvel a lawsuit filed by Disney because of the character’s clear resemblance of Donald Duck; as a consequence, Howard’s beak was slightly modified and he started wearing pants: white people problems, you know!). Blade saw the light late August 1998, directed by Stephen Norrington (Death Machine, The League of Extraordinary Gentlemen), and loosely based on the Marvel Comics character first appeared in 1973 – surely enough inspired by the early 70’s blaxploitation outburst: looking at this picture, one could easily think Blade as the vampire-killer version of Shaft. Blade featured Wesley Snipes in one of his finest acts – after that time he confronted Sylvester Stallone in a platinum blonde haircut – staging a relentless, light-tolerant vampire who fights the new raising Vampire-an order, which, tired of feeding of occasional raw human meal in the dark of the night, aims at resurrecting the ancient blood-gold god La Magra and overturn the wicked vampires’ fate.

The movie’s official soundtrack featured several amazing hip-hop acts such as EPMD, Mantronix, Gang Starr, KRS-ONE, Mobb Deep, and DJ Krush, but what most definitely resonated in the late 90’s unaware viewer was the infamous “blood rave” opening scene in which a New Order remix played in the slaughterhouse slash underground vampire club. A must-see clip for anyone who is interested in understanding how the rave scene culture unveiled and started being incorporated into the mainstream consciousness.

That very same moment did not go unnoticed by a young NY-based girl who would start soon enough producing her own music (after playing guitar and singing in two different hardcore punk bands, Pyka, and Cicada respectively), up to the moment when she’d decide to re-score the full Blade movie. We’re talking about Kilbourne, a hardcore techno/hardstyle producer, DJ, queer, member of the kunq collective, 1/2 of  Balasa, and author of one of the craziest 2016 records, whose Bloodrave: Music From Blade cassette we’re deeply honored to present you. You can stream it via the Soundcloud player below, and preorder the tape at this link. Push the button!

Coming with a truly amazing artwork done by the artist herself, the Bloodrave tape reveals about 29 minutes out of the overall 120 minutes soundtrack entirely produced by Kilbourne (of course preserving the original dialogue) that push to the extreme the original ost mood. As a matter of fact, as stated in a groove.de interview, Kilbourne’s goal was “to see how much further [she] could push the energy“, resorting to gory breakbeats and sped-up distorted hardstyle kicks (“like for that opening scene, what if instead of the original 140bpm it jumps to 280?“).  However, the Blade rescore is far from being a mere collection of accelerated, hyper-fast tunes; since 2016, Kilbourne has been drawing fertile connections between hardstyle, industrial techno, breakbeat, and post-club music, focusing on the possibility of updating elder languages and hybridizing them with new experiences and track production techniques.

The work took the stage for the first time ever last winter in NYC, as a collaboration with Loveless Records (which has also been working with stud1nt and Jodorowsky’s Holy Mountain), as you can see at this link – the show will be replicated next March the 3rd in Seattle, don’t miss it!. Kilbourne’s Blade also includes a vocal act by Jeremy (also performed live in the NYC screening) on the last, breath-taking When It’s Cold I’d Like To Die. As the lovely Kilbourne revealed us, she knew Jeremy for many years and share a very strong friendship relationship: “We’ve known each other/been best friends since we were 10 and have lived together twice; this isn’t the first time we’ve worked on music, but it was maybe the first time something we’ve done has seen the light of day: it’s just amazing to see this gargantuan project of a 2-hour score come to fruition with someone I care about so much“.

When it was first released, Blade scored surprisingly good at the box office, making it Marvel’s most successful movie so far, and ultimately determining the entrance of the brand into the cinema screens worldwide. Blade paved the way for X-Men, Spiderman, Daredevil, Hulk and many more adaptations: as you know, the series would turn out to be so successful Marvel started Marvel Cinematic Universe in 2008 for better distribution and fuel extra independent productions. As opposed to the interminable sequence of shitty blockbuster movies finally selling off the comic-book culture we’ve all been coming to know, Blade offered somewhat of an experimental take on the superhero cliché, wrapping it in a hard R rating “for strong, pervasive vampire violence and gore, language, and brief sexuality“. To the late 90’s teenager, the movie’s energetic camera shifts, the blinding lights and flooding shadows, and its violent fighting and blood-gore scenes, surely made for a very intense experience. The very we’re dragged in when listening to Bloodrave: Music From Blade.

The tape goes on for about 29 minutes and it’s divided into 5 different pieces that cover more or less the entire movie plot (from the opening scene to the final instants taking place in Moscow), spanning over several moods and track lengths (from the Fault less-than-three-minutes sonic assault to the 7-minutes-long tearful closing tune with Jeremy singing). Rave Breaker starts with a scream and flat, distorted kicks, evolving within few bars in a dangerous-as-hell ride into the depths of vampire bloodlust and cursed darkness; Injustice Gods adds a very tense melody break moment to the hardstyle framework starting at about 50 seconds in, later exploding in reversed basslines and godforsaken, hi-pitched noise outbursts; Fault collects the energies of the final Injustice Gods EBM-ish moments and unleash them very violently on the listener using different set of drum effects, sudden breaks and fucked-up dynamics (if only one track were to be picked up from the lotto, this would be it); Blade in Moscow is one other skillfully crafted piece of industrial/distorted/hardcore techno also featuring memorable synth riffs; finally, When It’s Cold I’d Like to Die, puts an end to the saga via unforgettable, epic vocals and heart-shattering breakbeats.

As for the cassette format, “it was really fun to make cassettes“, Kilbourne went on, “something I learned to do from being in punk bands; we’re in a moment where the actual music is super ephemeral (we often don’t even “own” or hold the mp3 files on our computer anymore, we just stream), so it’s nice to have something more physical, that allows you to participate in the ceremony of turning on the stereo, rewinding the tape, adjusting the tone, etc; vinyl has similar ritualistic pleasure, but it’s much more difficult to do vinyl yourself: usually you need to involve a pressing plant, whereas I was able to make these tapes as I went about my day“.

Kilbourne DJing at Macao, Milan, Saturnalia 2017 as shot by ursss.com

In and out of the hardcore/hardstyle scene, Kilbourne is helping to incorporate and bastardize the club scene with hardcore techno features, going to blur (or, better, to finally erase) the boundaries between one genre and the other, melting them together in the already pretty liquid cauldron the worldwide current electronic music scene turns out to be. Together with latest-generation artists such as Kablam, HAJ300, HDMIRROR, and WIXAPOL S.A., Kilbourne joined CTM 2018 – Adrenalin / Endorphin line up which featured the hardcore gabber legends Marc Acardipane (the ‘See ya in 2017!’ mighty prophet and hardcore initiator), The Darkraver, and DJ Panic, attempting at virtually bridging together different hardcore music generations, providing continuity to the scene, and also (hopefully) introducing further political and queer aspects to it (quoting on from groove.de, “much of hardcore culture really sucks: especially in the Netherlands/EU I count on being harassed and bothered at hardcore events”). In this regard, it’s really worth mentioning the event that took place last Saturday the 24th at Macao, Milan: Kilbourne hosted a DJ set right after the Italian premiere of the Queercore: How to Punk a Revolution movie by Yony Leyser, a documentary focusing and exploring the cultural and social movement begun as an offshoot of punk, yet distinguished by its discontent with society’s disapproval of the gay, bisexual, lesbian and transgender communities (more info available at this link).

So, where to stand when it comes to the underground hardcore techno revival 2017 has been put us through? In many occasions we have been putting the focus on its most forgotten, extreme and adventurous sides slurring over the hype peak that brought almost everyone to claim back hardcore as one of their main influence over the year, and we feel you can trust us in placing yours on Kilbourne and her relentless take on hardcore-to-da-bone, uncompromising electronic dance music.

In this genre the kick is constantly rolling, reaching insane levels of resonance, that fades out to entire minutes of atmosphere and cinematic noise and samples. I can’t help but identify something feminine and theatrical. I love how hardcore allows me to sit with simultaneous feelings of anger, euphoria, vulnerability, and hurt [via]