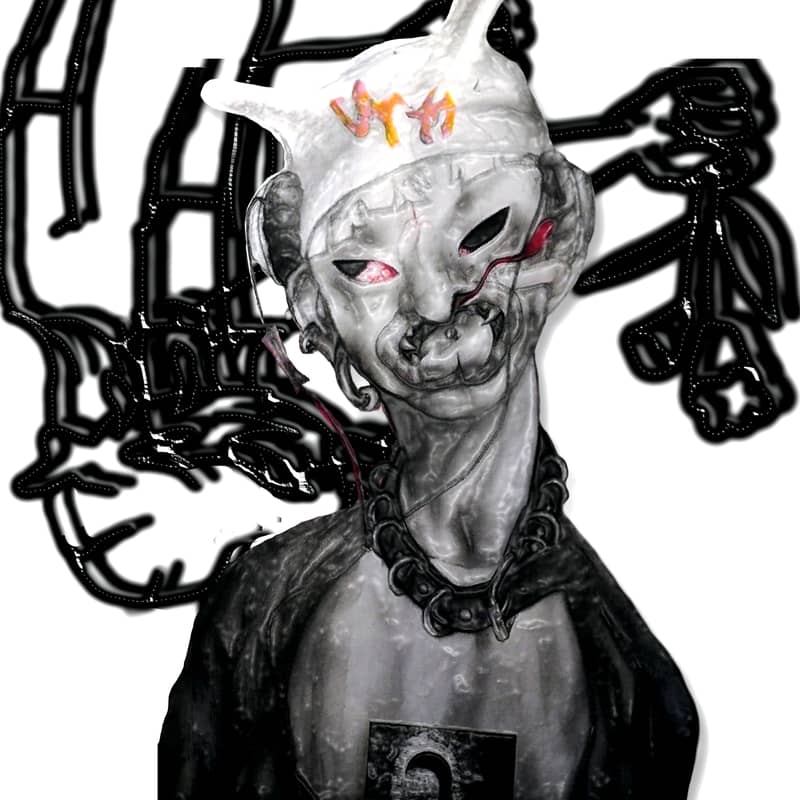 Compulsive Pene Madonna (CPM) is the rationalized, tuneful torment of two Turin-born entities, namely Mattia Giustetto and Nima Taheri. The duo has been continuously juxtaposing different musical instances, aesthetics, and pieces of gear since the origins in the mid-2010s. Their remarkable shape-shifting, unattainable identity presents itself as the result of plentiful and deep collaborations with many visual artists and musicians from the Turin underground scene.

Spanning from corrupted, brazen synth-punk all the way to outbursts of soothingly dark and distorted ambient works, CPM’s key feature could be identified by the word instability. Their first release, a collection of early works (Chiamateci Merde EP) was followed by the SoundCloud-release of the Hashimi Sashimi – FleXboy short album, in which the arrogance and the typical topics of Italian trap are blended with hardcore techno’s turmoil, need for speed, and sound violence. As per CPM’s admission, their debut album, recorded in 2019 at Superbudda Studio in Turin, will see the light later this year in the form of multiple, self-released singles.

We already had the chance to witness their momentous live set on several occasions (here, and here), as exciting as it gets as they aggressively manipulate clashing styles without a care in the world for any form of strictness or politeness (CPM m.o., really). Today, we’re glad to share with you a special 30 minutes mix that frantically puts together, as expected, contemporary club music with trap’s drug-fuelled swag, frapcore, delicate sound art, reckless edits, and much more. Push the button!