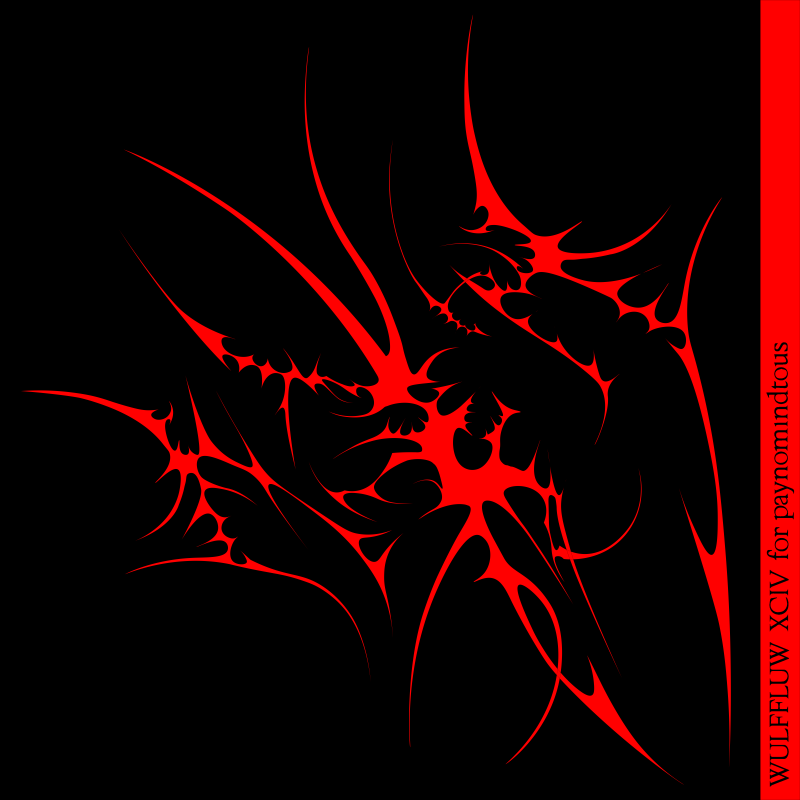 Wulffluw XCIV is a Russian producer and DJ based in Perm, right on the Çulman river. His motto being “no borders, please 🌍“, the emerging artist has been producing fierce experimental electronic music in the form of a handful of innovative, genre-blending singles and albums released on labels such as Symbols, Ashida Park,  and Eco Futurism Corporation, and lots of collaborative works with musicians from all over the world – in the very long list would figure Ink Midget, Santa Muerte & Rafa Maya, Blastah, Nahshi, Yoshitaka Hikawa, AN System, Icy Flame, and Whiterose. In particular, the participative aspect of music is at the core of his production, as testified by his 10-tracker, self-released debut album titled “We Are All From The Earth“, published on Earth Day April the 22nd 2018.

“There are no nationalities nor countries. We are all from the Earth.”

The record, other than being a testament to the opportunities offered by the Internet and social media despite their downsides (social anxieties, control mechanisms, propaganda and such), is also the milestone in the 25-yo producer’s flourishing course into underground electronic music that already brought him stunning experiences like the one that saw him on stage at the Nyege Nyege festival in Uganda last summer. Known for incorporating industrial and clangy sounds with dembow rhythms stemming from his curiosity towards the Latin music diaspora, Wulffluw’s emotional club bangers are enriched of distorted guitars, screams, sonic explosions, and emphasized loud-soft dynamics.

We’re glad to release today on our channels his latest mix, the 65th entry in our series, also coming with a cutting-edge artwork by Whiterose, musician and graphic artist from Lyon, who already worked with Wulffluw to produce this stunning feat. In the mix, you will find a rather representative still of the current underground electronic music scene that’s aggressively making its way into our lives through our feeds and our headphones, powered by the ubiquitous stream of data in which our bodies, minds, and will lie.

Push the button! But first, follow Wulffluw XCIV on Bandcamp and Soundcloud.