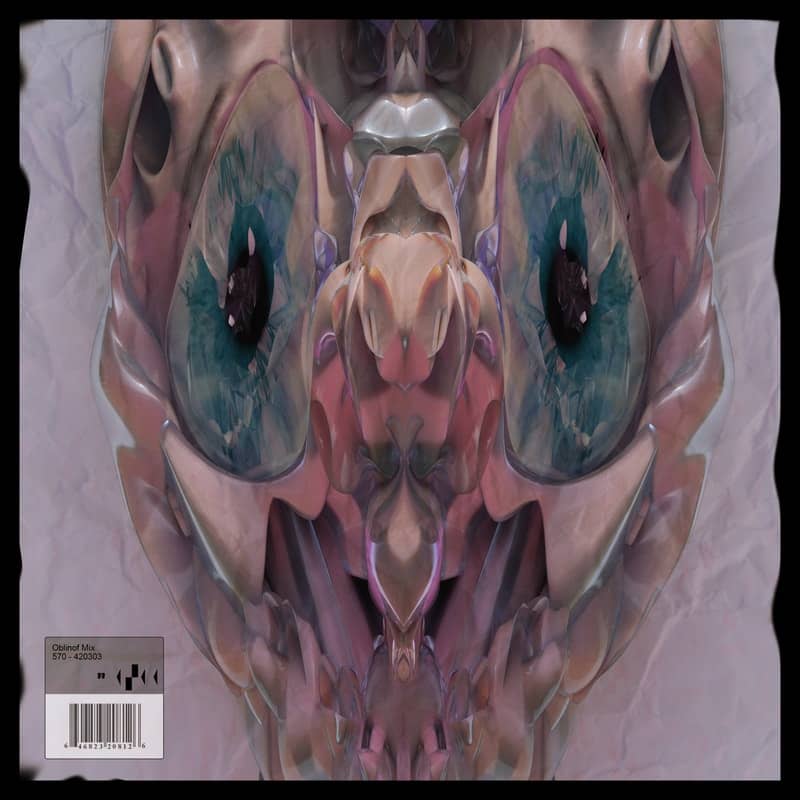 Oblinof is a project born in 2007 in Entre Rios, Argentina, inspired by New Media Art and active in a plethora of different disciplines such as video art and animation, 3D printing and sculptures, VR and holograms, and, of course, music – in the form of publications, remixes, audio-visual live sets, and live coding. The cutting-edge underground artist follows a strongly systematic design approach which, when it comes to music production, mainly articulates in 160 BPM, heavily percussive, multi-layered, club-oriented compositions directly mirroring the complexity of the contemporary art expression forms.

Throughout Oblinof’s research, the visual component steadily acquired a more important role in their aesthetic and art practices, also enabling further incursion in the thrilling concepts of transhumanism, cyber shamanism, virtual esotericism, and in digital pop culture and folklore in general. In fact, Oblinof in its entirety is reportedly a complex reflection on post-internet as originally intended by Marisa Olson, recontextualized on an 8K resolution, high-bandwidth dancefloor. Today, we’re very excited to share the 53-minutes-long, genre-blending GUESTMIX#60 by Oblinof, also featuring an exclusive piece of artwork.

Starting their career in 2007, the Argentinian has been active with different monikers (Edka, P.C.T, Dark Caribbean, Cpu Friends), going through about all the different post-Internet music eras (hardcore, chiptune, digital noise, and much more), also starting in 2011 the Tuamalanpak digital-only imprint responsible for exhibitions, performances, live shows, and DJ sets. So far, their works have been exhibited across Argentina as well as in different American and European countries.

One of the main Oblinof’s musical achievements so far would surely be the ‘Postinternet Club EP‘  released August the 30th on the Prague-based outcome and mix series Unizone, already known in the digital underground circuits for the Dark Core Scale compilation published early February, and Orkut EP by DJ Fofuxa out in July. In the aforementioned, hyper-dense EP, Oblinof investigates the notion of Identity in postmodernism trying to expose the tangled links between conscience, analog (humans = flesh conglomerates) vs digital bodies, and ubiquitous software and hardware which are able to reshuffle and dominate our processes of self-perception. In this scenario, is it really possible to accurately define the roles of creator and creature, of conscious and unconscious (has it ever, tbh)? What really struck us about Oblinof tremendous, staggering work is the chance it offers – along with several contemporary fellow artists, we must say – to challenge and possibly dismantle the centuries-old binarization principles our Western society is precariously founded upon.

Be sure to listen to the crazy mix you can find here below along the tracklist: it sure is the first step in that so desired and necessary direction. Enjoy! Also, follow Oblinof on Soundcloud and YouTube.