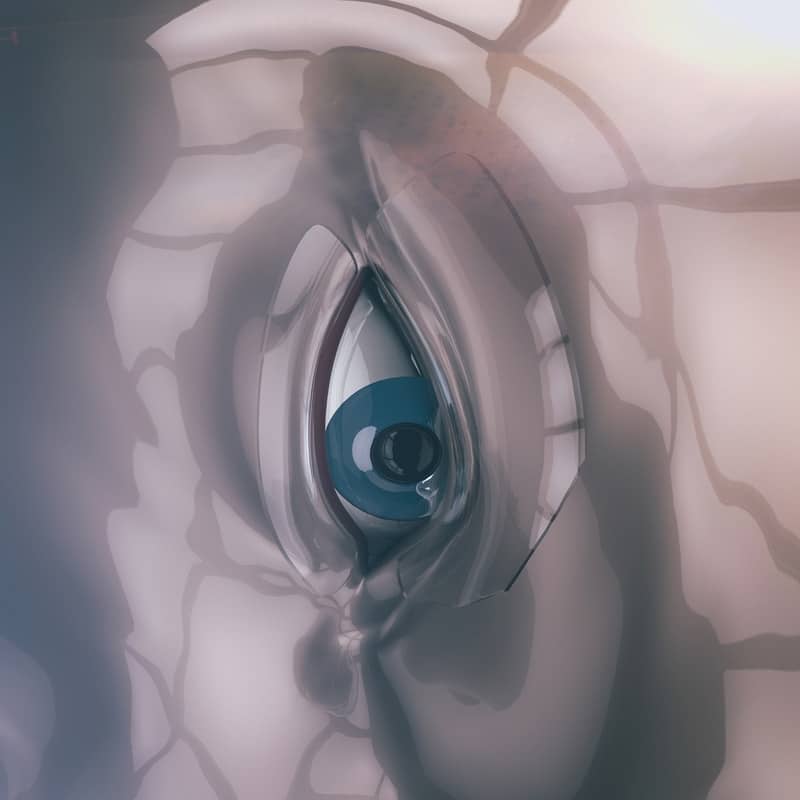 We feel computer generated music is going to play a key role in shaping the future electronic music style and culture, as pretty much every technological breakdown and its subsequent spreading has indeed done over the last 60 years. Please learn to cope with the uncertainty the sudden wrecking of traditional social, thought, art and musical forms the post-Internet society brought upon us. 2017 ain’t time to be conservative (is it ever?) [via]

We already had the chance to talk about N E T H E R, Matthias Girardi aka Weightausend’s very own outcome, when we offered an insight to the Turin-based youngster code-cracker GUIOT’s debut out last summer. Starting May 2017, the micro-label has been releasing a two-track miniCD per month, each one produced by different artists and featuring a peculiar Weightausend rework. After the zero-release on Nether / Rack came out May 2016, the miniCD series project resumed exactly one year later when Prehistoric Silence’s co-founder and abstract electronic music producer Alberto Bertelli aka Holy Similaun sculpted the Infdev/Dead Patterns 8-minutes-long sequence of digital distorted events and pure FM percussions. Last in line was ABADDONN’s Love’s Sorrow / Dramatic Relationship (another debut), a tensed, emotional portrait of how Love could feel like in 2017.

Since 2014, the year in which the solo project was born as a separated side to Cage Suburbia duo’s efforts, Weightausend’s focus has always been thoroughly put on the most deranged, filthy sides of the breakbeat, tirelessly bathing itself in sticky dub reverberations. NETHERMIX is no exception, starting from the corrupt Holy Similaun’s Infdev’s Version all the way down to Kuthi Jinani’s Discarga, i.e. the only track (out for Beat Machine Records November the 2nd) that is not somehow related to the characters gravitating around NETHER and Haunter Records – albeit the producer behind it does: forthcoming!!), and going through some really crazy uptempo, ass shaking (!) episodes such as Krolik’s Raving Rio. Sticking to Weightausend’s aesthetics, the digital-only material has been collected, processed and manipulated via granular synthesis, Akai samplers, time.stretch, and Pure Data / Plogue Bidule processing, then collapsed into the 58-minutes-long selection you can stream right here below.

It’s amazing how dub analog methodology still applies to the computer era, to current sound design, and mixing engineering: Weightausend’s productions are but the dub/jungle state-of-art, in a divine dichotomy where Dub covers the role of the Father/Mother, and Jungle the Son’s. If you’re looking for our era’s native music language, and the proper sound commentary to the late 2010s urban environments, this is where you should be able to find it. Hardcore mind-piercing breaks, saturated dynamics, delayed restagnations, high resolution brainwashing, chopped synths, sudden noise explosions, and software-rendered pools of mud: what else would you need?


Are you enjoying what you see on PAYNOMINDTOUS? If that’s the case, we’d like to kindly ask you to subscribe to our newsletter, our Facebook group, and also to consider donating a few cents to our cause. Your help would be of great relevance to us, thank you so much for your time!