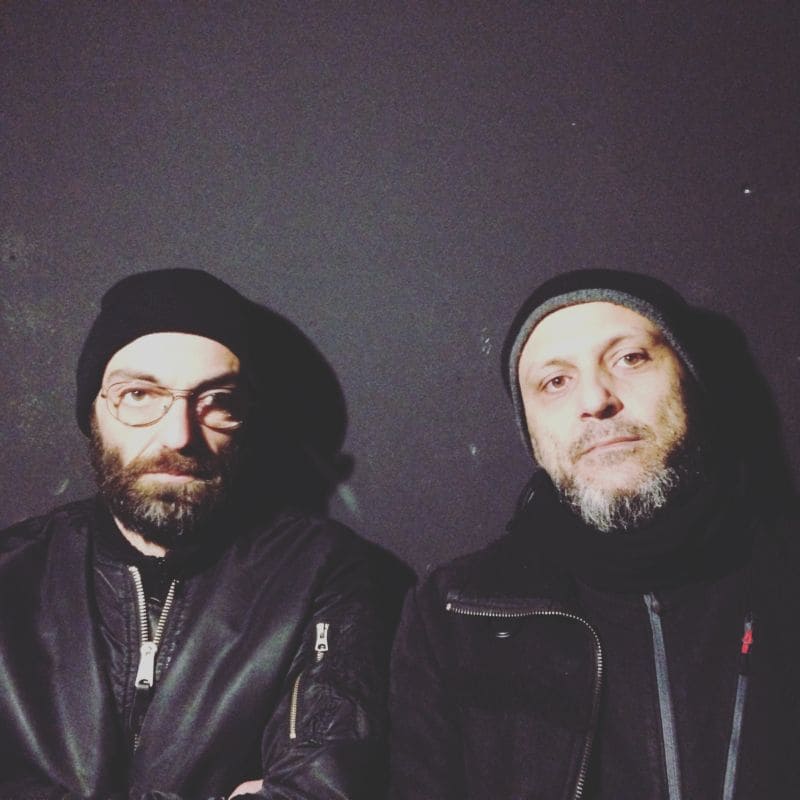 Divus is a duo of veteran musicians from Rome, composed of the techno Italian hero and sound engineer at Subsound Studio, Rome Lucianno Lamanna (also one of the most prolific and multifaceted producer of his generation: Lou Chano, Virus Love, Assalti Industriali, Balance, Lunar Lodge, Der Noir, Tekno Mobil Squad, and many others among his project) and saxophone player Luca Tommaso Mai, one of the founders of the legendary ZU band, originated from the Gronge roman collective, and also member of the monstrous afro/grind outcome Mombu together with Antonio Zitarelli. They joined their efforts last year, ending up recording their first work together as Divus, a self-titled 4-track piece lasting about 31 minutes, which is being released in few days by one of the Italian finest labels – Boring Machines, of course.

We’re extremely honoured to present you the exclusive full album stream, straight out of BM’s bandcamp portal: find the player right here below. We strongly recommend you push play in order to enter Divus’ unworldly atmospheres, and synth insidious improvisations. The release date is February the 11th, you can get your own copy on Boring Machine’s Bandcamp portal.

This year started for Boring Machines in the exact same way 2016 ended: busy putting out huge, amazing record batches. 2017’s first one includes Adriano Zanni, Adamennon, Cristian Naldi and, of course, Divus. Falling Apart 7” by Adriano Zanni – already appearing on BM’s catalogue as Punck with ‘Piallassa (Red Desert Chronicles)’, BM008 and the ‘Red Desert Chronicles (Postcards from Ravenna)’ photographic box – is the artist’s musical comeback after a 9 years break, and features two tracks of elegant ambience disturbed with crooked beats and numerous movie samples; Le Nove Ombre del Caos CD, released together with Artetetra, is Adamennon’s new solo record which expands the pattern laid down by the previous MMXII full-length, coagulating Goblin, Fabio Frizzi and Walter Rizzati’s fearful musical ideas into the soundtrack for a never actually shot horror movie (whose original poster would be available to purchase together with the compact disc); Rurale LP by Cristinan Naldi, half of the FULkANELLI duo and sharing with Giovanni Lami the electroacoustic project Mise En Abyme [Yerevan Tapes], is the second solo album for the Italian guitarist combining original compositions & re-arrangements of classical pieces by Gabriel Fauré, Dmitri Shostakovich, Arvo Part, Henryk Gorecki in which the guitar works for time and matter transmutation.

Finally, let’s now come to the very Divus record: recorded and mixed up by Luciano Lamanna at Subsound Studio, Rome in late 2016 and mastered by Andrea Merlini, the eponymous album is quite surprisingly far away from the single artists’ typical sound. This goes to show how technically skilled and of great artistical sensibility Lammanna and Mai are, who are capable of setting aside their comfortable musical backgrounds (respectively techno and up-tempo, odd-time jazzcore) in order to explore the nocturnal and foggy soundscapes starring here.

A1 opens up with a fierce heartbeat and swarming insects raving around the main bass pattern until the sax kicks in; prolonged low frequency sax tunes goes on, while a distant bell tolls hidden in the multilayered composition, blending with sudden and catchy saxophone motifs. A1 features a very strong filmic dimension, as if Divus were trying to re-score the darkest scenes of some suburbian, PK Dick-inspired sci-fi movie. But as much as the opening piece is mainly contemplative and evocative, A2 is on the contrary quick and cinematic, with a weird ass-shaking rhythm made of hi-pitched, dubbed frog croaks and hopping sax lines. A3 ends up the first part of the album and it’s a short 3-minutes prelude to the magnificent, everlasting suite on the other side. 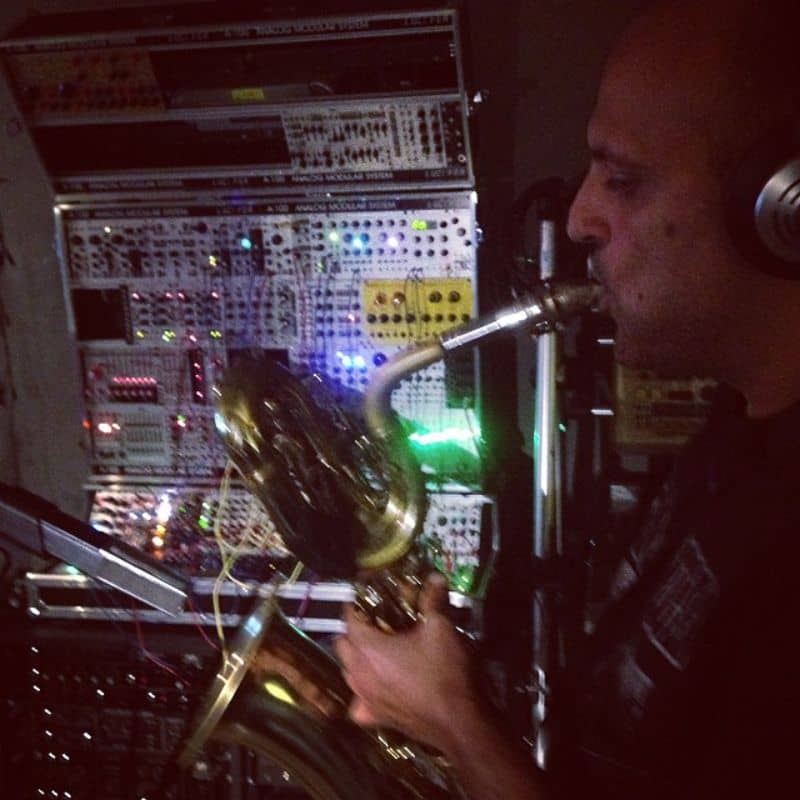 The record’s 15 final minutes are occupied by a single track – untitled as well – in which all the main features of this impressive collaboration sums up. ‘B’ in a sonorous selection of perverted sounds, thrilling sax broadsides and hostile noises – all set in a crumbling urban environment. The sax played by Luca T. Mai (who, to put it in BM’s words, ‘is the man who blows the infernal saxophone with Zu, one the most powerful bands on the planet‘) behaves in very different ways throughout the record: sometimes it’s buried under many layers of echoing low-frequency bursts, and in other occasions it evokes soft-porn, lounge vibes – well, this could be quite an overstatement, but we dare you not to find something erotic in its sound. On the other hand,  Lamanna’s synthezisers sacrifice the massive use of beats and kicks which are the main characters in his solo productions and lays down to the pure crafting sound action.

Divus are / is strongly indebted to classic italian experimental artists who very often expressed their deranged compositions using the movie soundtrack medium. The eponymous record talked here belongs to this enduring, adventurous tradition: in a certain way, Divus sounds as if it were just repressed out of some forgotten italian library music label’s catalogue allowing the listener to discover, enjoy and be amazed by the hidden gem. Yet, Divus are neither an old experimental ensemble nor some kind of enigmatic, obscure electronic music pioneer disguising his musical deeds; they’re nothing but two of the finest musicians / experimenters alive and active today, and that’s why you should listen and get yourself this present-day gem.