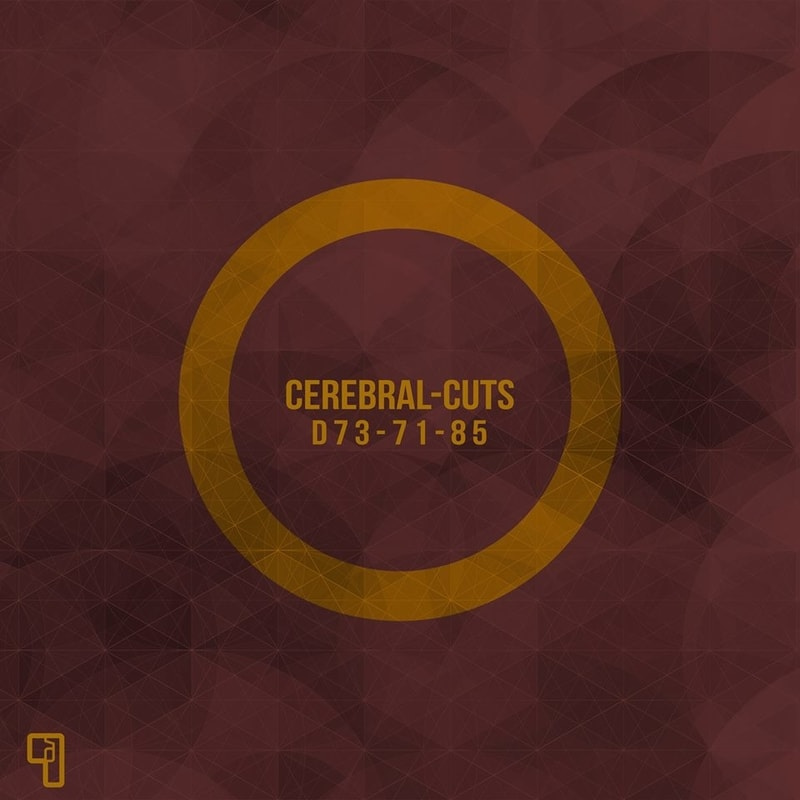 Today’s premiere focuses on the half Bergamo, IT half Berlin based drum and bass outcome Delta9 Recordings, which is about to launch its own sublabel called DLT9 – a project meant to explore and promote deeper, darker and more introspective vibes than the one characterizing the main dnb path followed by the mother label. DLT9 will expand Delta9 horizons opening up to several external influences like ambient music, trip hop, obscure dubstep, as well as taking inspiration from late-generation, 170 bpm minimalistic dnb as best developed by seminal DJs and producers such as Ruffhouse, Clarity, Homemade Weapons, Paradox, and the post-Autonomic dnb scene in general. We’re glad to present you D73-71-85 EP by Jak Owen aka Cerebral-Cuts, a Brighton (UK) based DJ, producer, and dangerous beat-chopper, here crafting micro-variating, bass-resonating pieces of murky, atmospheric music. You can find the Soundcloud player at the end of the article. The digital release will be available on February the 23rd, don’t miss it!

Delta9 Recordings, officially established in 2012 and mainly focusing on dark, minimalistic techstep sounds, is the final outcome of a process begun in 2003 with at its center the will to promote drum and bass culture in Northern Italy via club events, free parties and much more. Also equipped with its own sound system, Delta9 hosted both Italian and international, emerging and well-known DJs and producers (just to name a few: Mefjus, COOH, Dub Elements, DJ Vapour, Budoka, Impak, Fexomat, Allied, Jade, Maztek, Hallucinator), many of them for the first time ever in our country. Talking about the label affairs, Delta9 commits to always discovering new talented artists from any possible dnb scene all over the world, and also help them emerge and get the sponsorship and support they deserve. If you are interested in being part of the family, you should contact them!

This is the case of Jak Owen’s Cerebral-Cuts project started in 2013 and that has already self-released the four-tracked Reflection EP in 2016. Composer, multi-instrumentalist, and all-round artist from Brighton, UK, he’s also been working as production/post-production engineer in past few years. In late August 2017, he published on his bandcamp account several dozens of tracks characterized by mysterious alphanumeric titles, supposedly referring to the final production version, going along with pretty stunning photography artworks taken by Ruby Kobayashi-Owen. Among the whole lotto of tunes Jak produced in the 2015 – 2017 hiatus, D73170, D71V2170, and D85170 are the one that will be given a digital release on DLT9, the aforementioned Delta9 experimental/ambient-oriented sub-label.

D73-71-85 EP, coming right after the A25V4170 / A59170 single on Onset Audio, D87/28/54/55 EP on Din Is Noise, and N65V3140/N30V6140 EP on 140 Ninja, offers meditative grooves and a heavy-weight bass blend, adding a whole new meaning to the word “deep“, as is can be heard in the astonishing D73170 opening and throughout all the record. The main feature of D73-71-85 EP is the ability of Cerebral-Cuts to juxtapose deep, sparse basslines and cumbersome silences, whose role is fundamental in building up the tracks’ hypnotic tension, and then suddenly releasing it. Despite the fact that the entire work does not reach 10 minutes in length, it stands as a top-quality first episode in the hopefully long DLT9 series you can catch up within the next months following Delta9 updates.

Support Cerebral-Cuts on Soundcloud and Bandcamp. Follow Delta9 Recordings on Facebook, Soundcloud, Bandcamp and its website. Extra: if you are in Bergamo, Italy this Friday, don’t miss the next Delta9 gig with Synth Ethics; more info at his link. Push the button!